We have a lot to look forward to in 2015 – amazing new lines, like AMO and Made Gold; the in-store arrival of spring collections from Chloé, Stella McCartney, and Louis Vuitton, all of which have many dreamy denim pieces in them; and the return of the bootcut (that’s right, look no further than Fendi prefall for proof that it’s coming). But before we move forward, I thought it a good idea to take a look back. After all, history proves that when it comes to jeans, yesterday’s favorites are practically destined to become tomorrow’s must-haves.

First, let’s get personal. If I had to pick a single denim trend to tout as 2014’s biggest, it’d be the prevalence of beautiful, broken-in, individualized vintage (or vintage-like) pairs. Want to tell the world you have a singular sense of style? Wear one-of-a-kind Levi’s with red roses sewn on the bum side, like Rachael Wang (below left), or second-hand guy’s jeans, like Vogue.com‘s Kelly Connor (below right). You can buy them new, like Jenna Lyons, but you better wear them reckless, until they rip in the knees and reflect all the things you do in a day, just like Jenna’s J.Crew X-Rockers did when we met up with her in Brooklyn over the summer (middle, above and below). Tailor, taper, tuck…patch, pinch, repair…this year our subjects did anything and everything to make their jeans theirs. 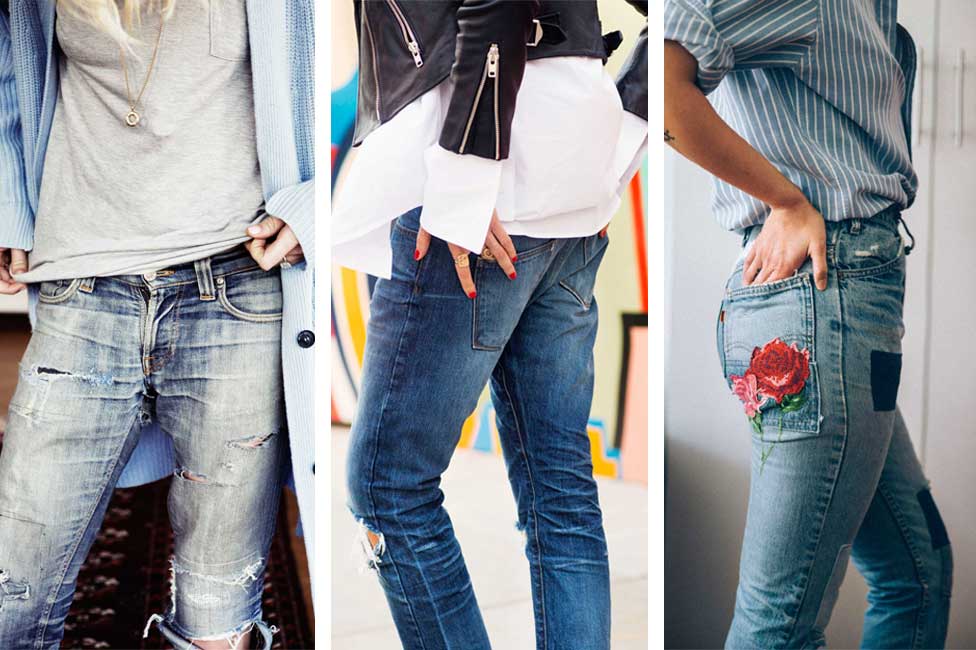 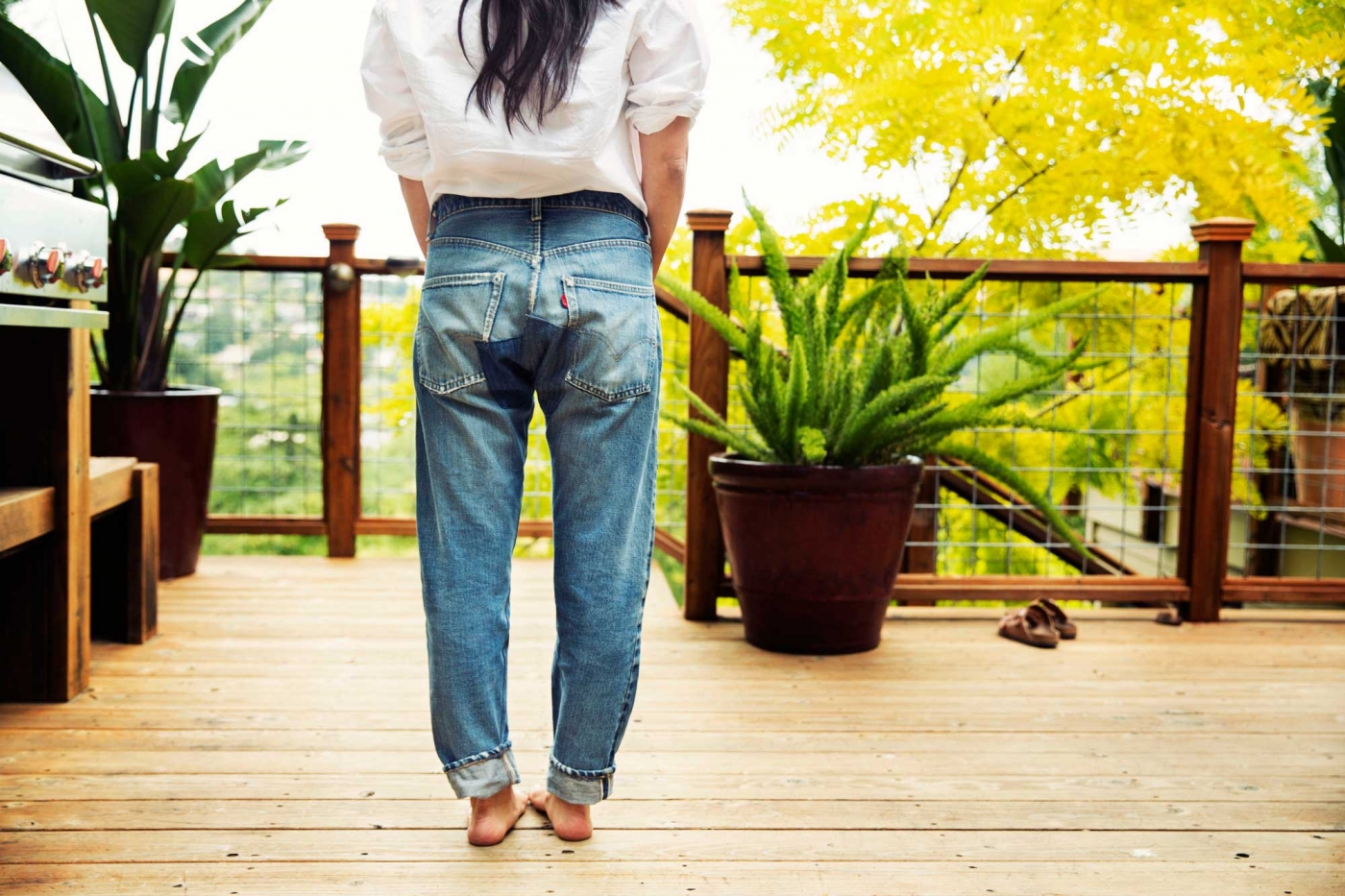 There were a lot of Levi’s on the site this year, too. Specifically, a lot of looser-fitting 501s, aka jeans that make women’s butts look good, and by good, I mean fuller and more feminine. Model Noot Seear wore hers with a pale pink crop top on a gorgeous spring day in NYC (below middle). Entrepreneur and artist Camilla Engstrom put on a pair she’s had since she was sixteen years old (below right). Stylist Kate Brien, who runs the website A View From the Topp, dug up some white ones that she accidentally inherited from a roommate years ago, and looked absolutely perfect wearing them with a heather grey t-shirt and flats (below left). No doubt, switching from a skinny to a classic 501 fit requires the eye – and everything else in our wardrobes – to adjust a little. But, as these women showed, when jeans get jean-ier, they really do look cooler and sexier than ever. 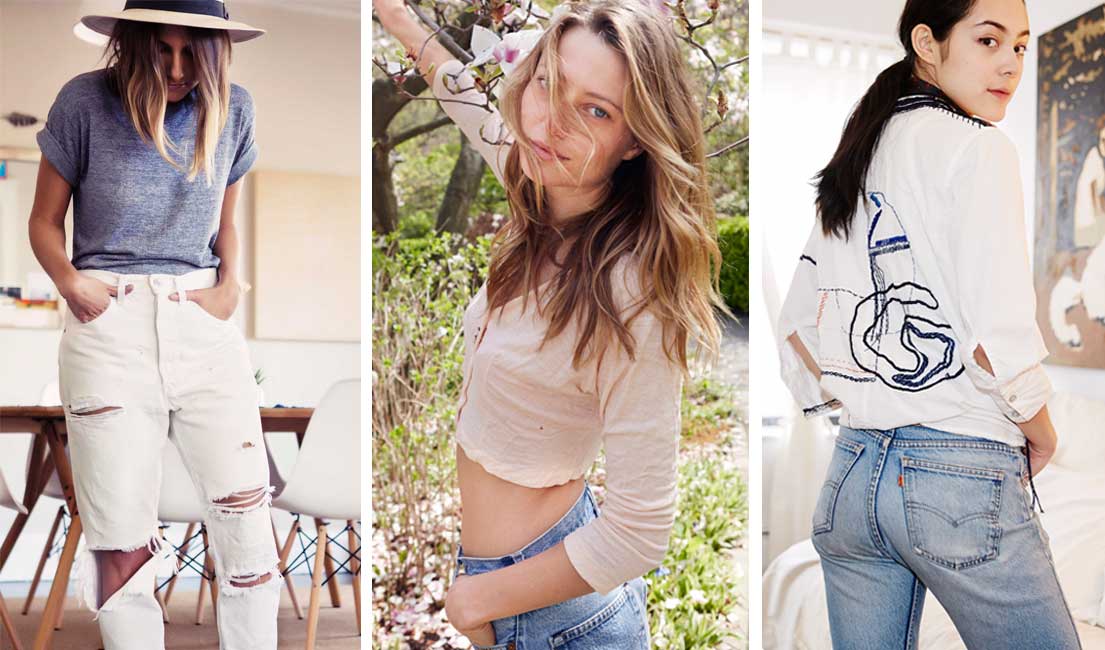 From left: Kate Brien who runs the fashion site ‘A View from the Topp,’ model Noot Seear, and hus-hus.com founder Camilla Engstrom.

Speaking of Kate’s cool white Levi’s…some of the most consistently stylish, professional, and confident women we know wore white on the site this year. Lawren Howell pulled an old pair of Helmut Lang jeans out of her closet, threw them on with a Hanes tee and a blazer by Crippen, and killed it, effortlessly (below left). The always-chic Aerin Lauder let us into her East Hampton hideaway, where she was right at home in cropped DL1961s (a best-seller, BTW, because they flatter just about every figure; below middle). And designer Susie Crippen, who I call The Jean Whisperer because she’s the best at predicting fashion’s next fit, showed us just what her Little Dudes – a non-stretch boyfriend – can do (below right). 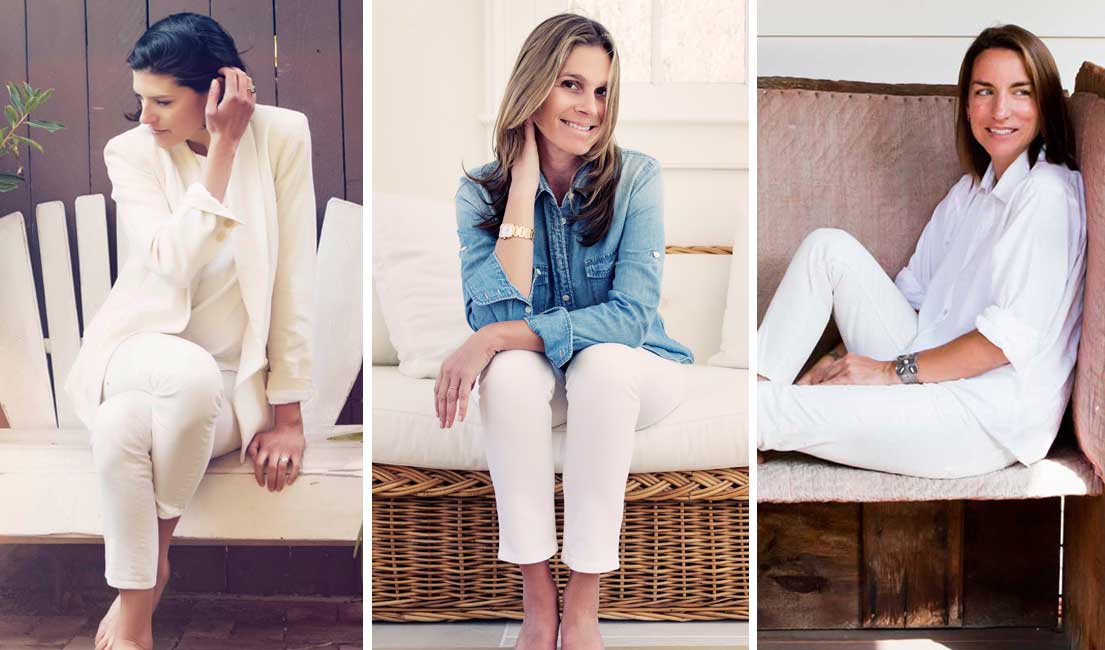 From left: Stylist Lawren Howell, Aerin Lauder in DL1961s, and Susie Crippen in the Little Dudes she designed.

Meeting Haim – the Los Angeles band of sisters Este, Danielle, and Alana (below) – was one of the year’s highlights. They live in Levi’s, too. In the seven minutes I had with them before their show at Brooklyn Bridge Park this summer, they gave me the lowdown on their most-treasured truckers and cut-offs… 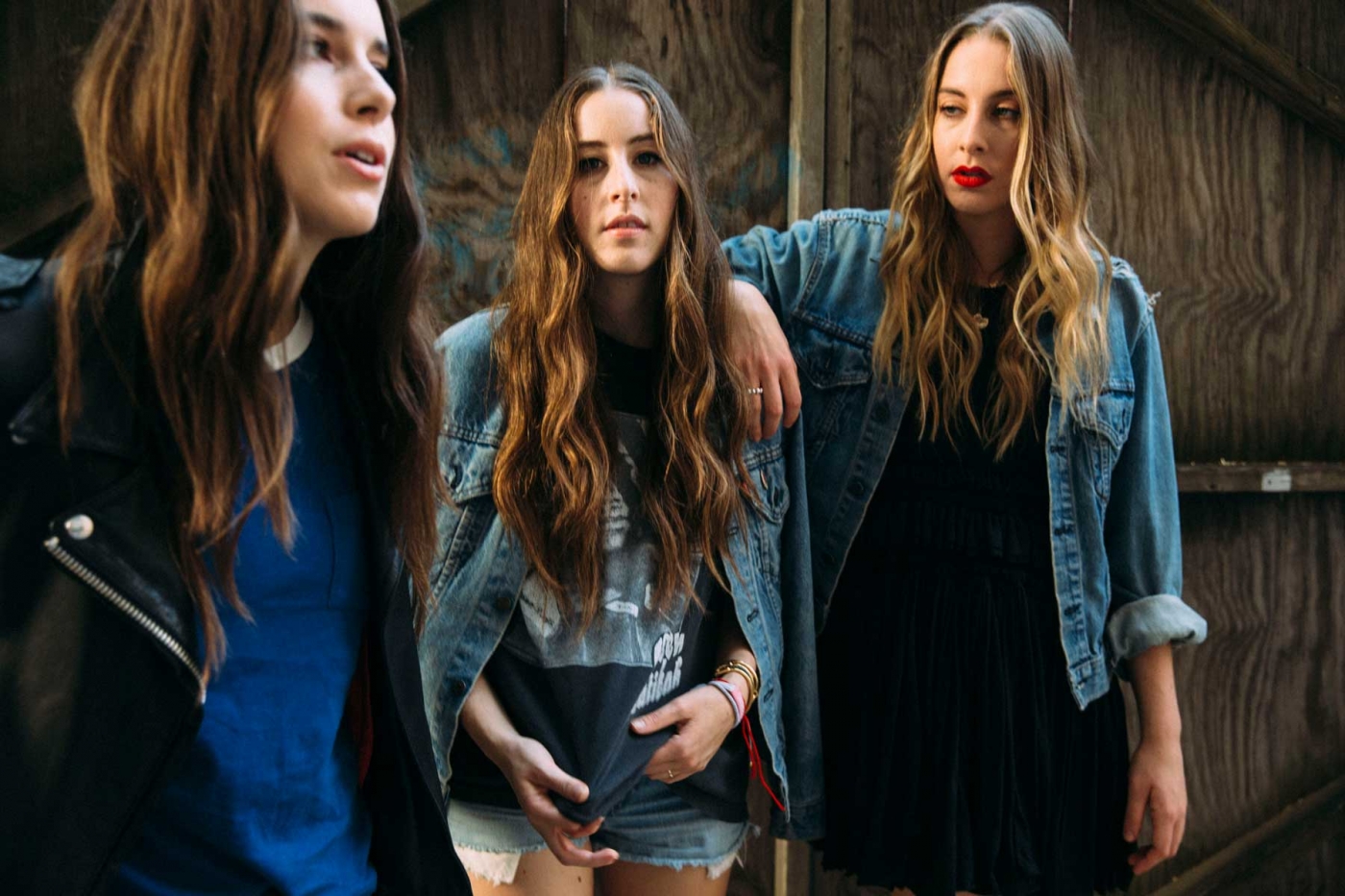 Cut-offs captured a lot of hearts this year. Amy Ephron wrote an ode to them, and three gorgeous girls – Alexis Krauss from the band Sleigh Bells (below left), model Michele Ouellet (below middle), and photographer Claiborne Swanson Frank (below right) – wore them with everything from leather, to cashmere, and a basic cotton tee. When we photographed Michele in her Williamsburg apartment, her Paper, Denim & Cloths were literally hanging by strings – totally see-through in the back! Three months later, at a dude ranch in Arizona, she told me they were done. Kaput. The end of an era, she called it. 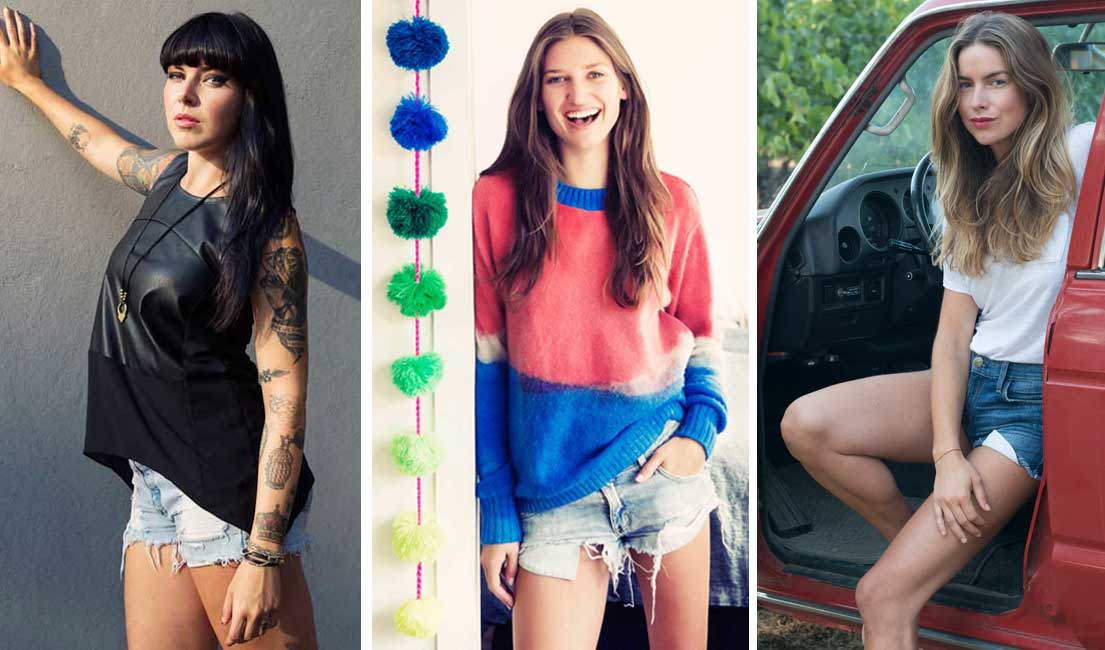 Dear Readers, Maybe you are wondering what you deemed the most popular look this year? You might be surprised to learn that women wearing clean, white t-shirts with pale-blue jeans won the most hits, hearts, and Instagram likes. Do you know what this means? It means we – you and me – are totally in sync! Is anyone more elegant than Annina Mislin in her $1 Levi’s and Acne tee (below)? Not only is this look simple and timeless, but, like a great pair of jeans, everyone can get it, which is probably the thing I love most. 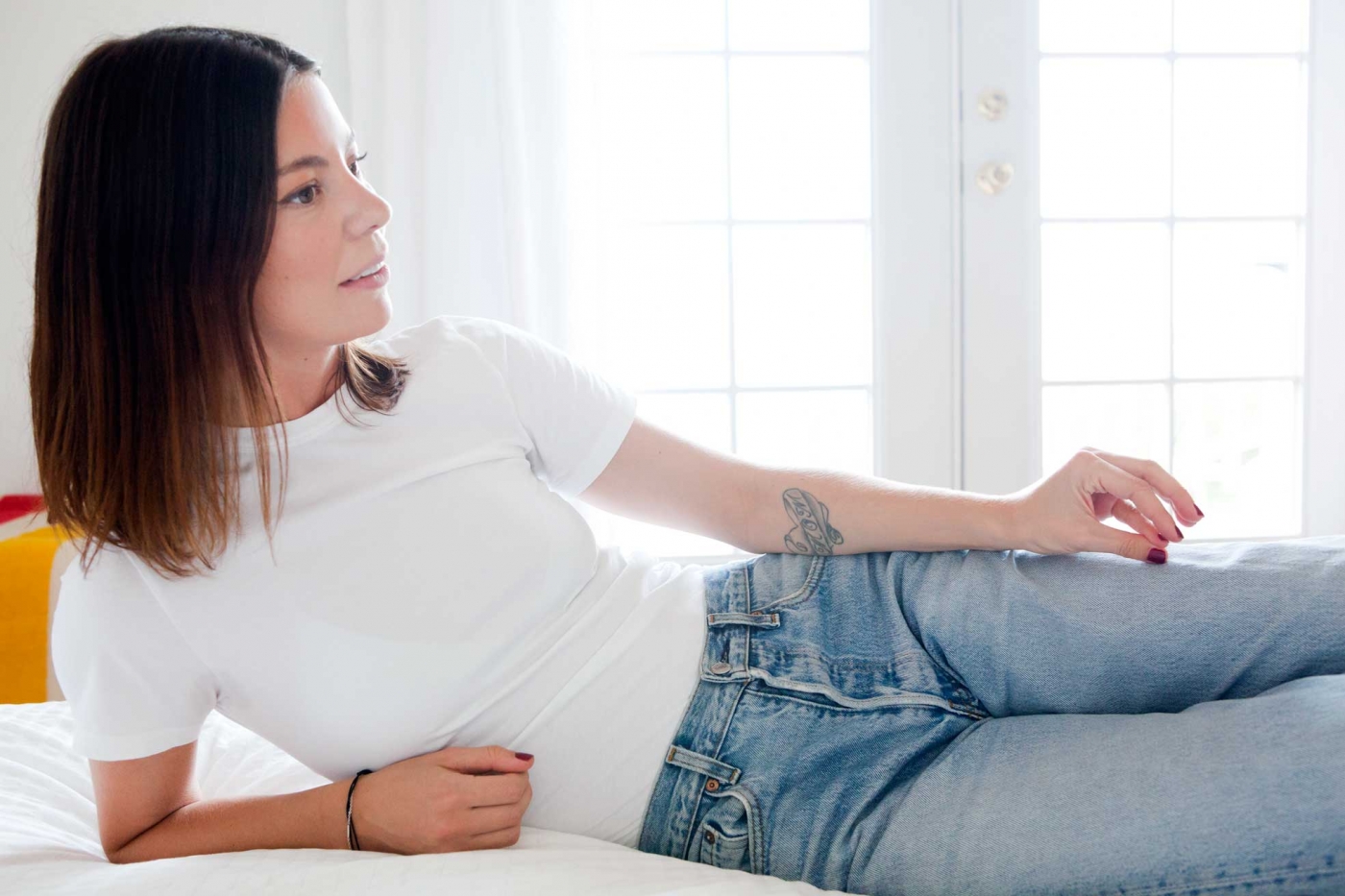 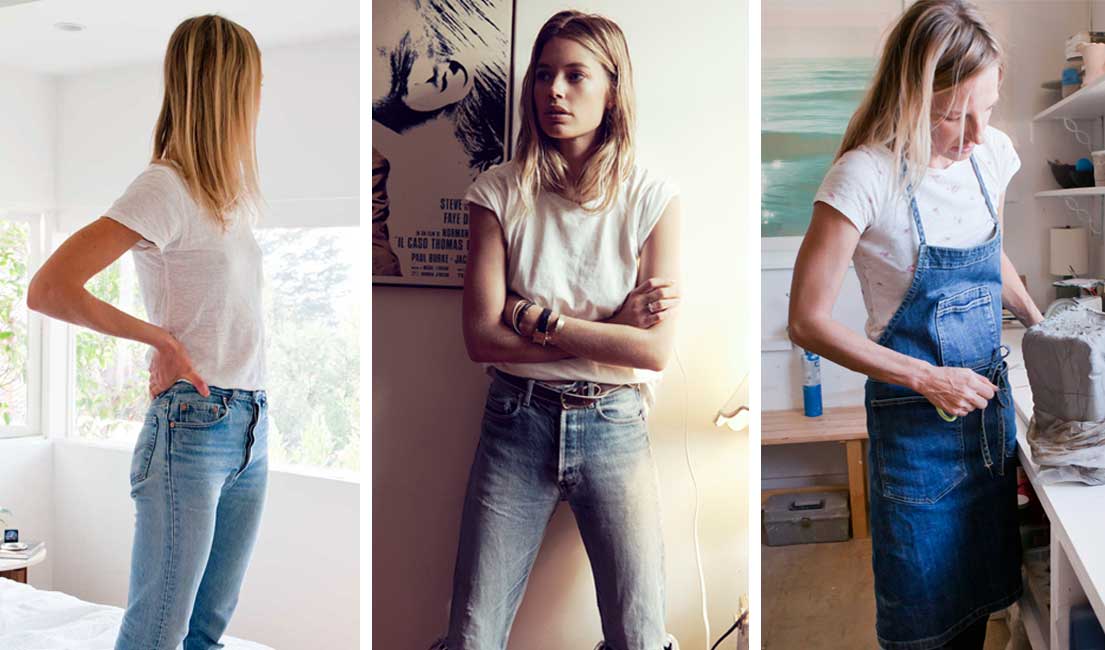 If you follow me on Twitter or Instagram than you probably know I rarely leave home without my favorite Orange Tab trucker. The jean jacket is a must, and those who wore it best this year get bonus points for accessorizing theirs with everything from patches (Chioma Nnadi), to puppies (Scott Sternberg), and pounds of gold (Jennifer Fisher). 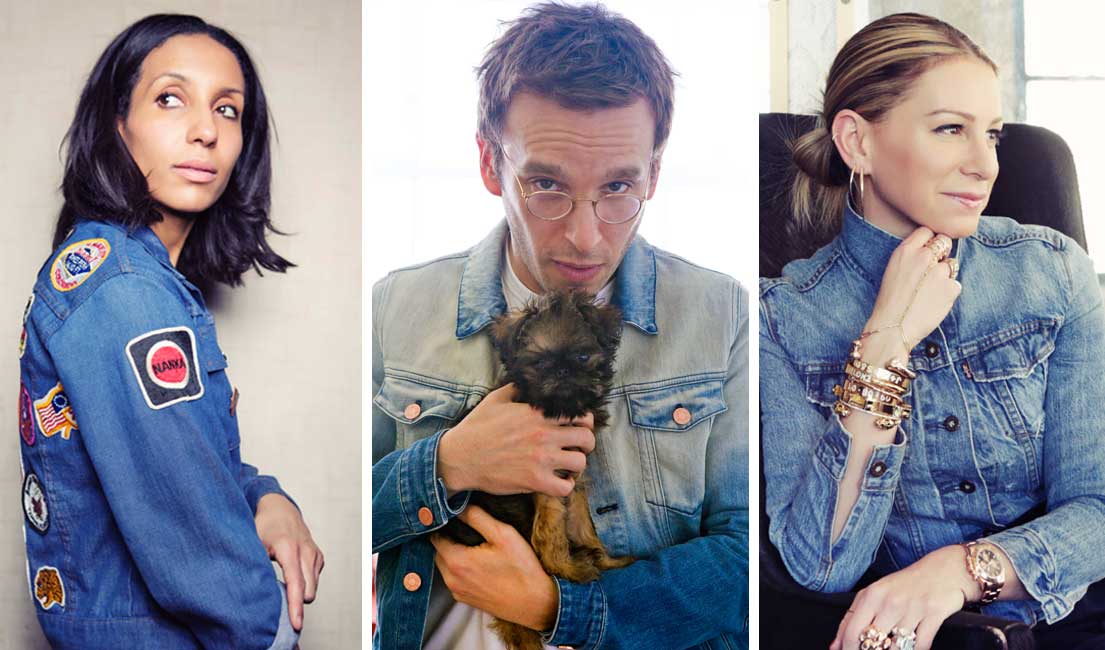 From left: Vogue.com’s Chioma Nnadi in a patched jacket she scored on eBay, Scott Sternberg of Band of Outsiders (with his Brussels Griffon General Zod), and jewelry designer Jennifer Fisher.

Last, I’d like to give a shout out to the guys. When designers Jake Sargent and Daniel Corrigan (below) announced they would be adding women jeans to their offering at Simon Miller, Florence and I nearly back-flipped. And sure enough, their Classic Lowland style has been one of my regular go-to’s all winter. Mother denim’s Tim Kaeding (below left) created a jean called The Pretender that I swear makes my legs look shapelier and more toned than they really are. I love it, too, because it’s gummy and soft, and I can wear it all day long without it bagging out in the knees. Thank you, Olivier Rousteing, for using denim as a couture fabric, and you, Adam Selman, for styling yours like an indigo superhero. You guys, you make it look as easy to work with as it is to wear. Bravo. 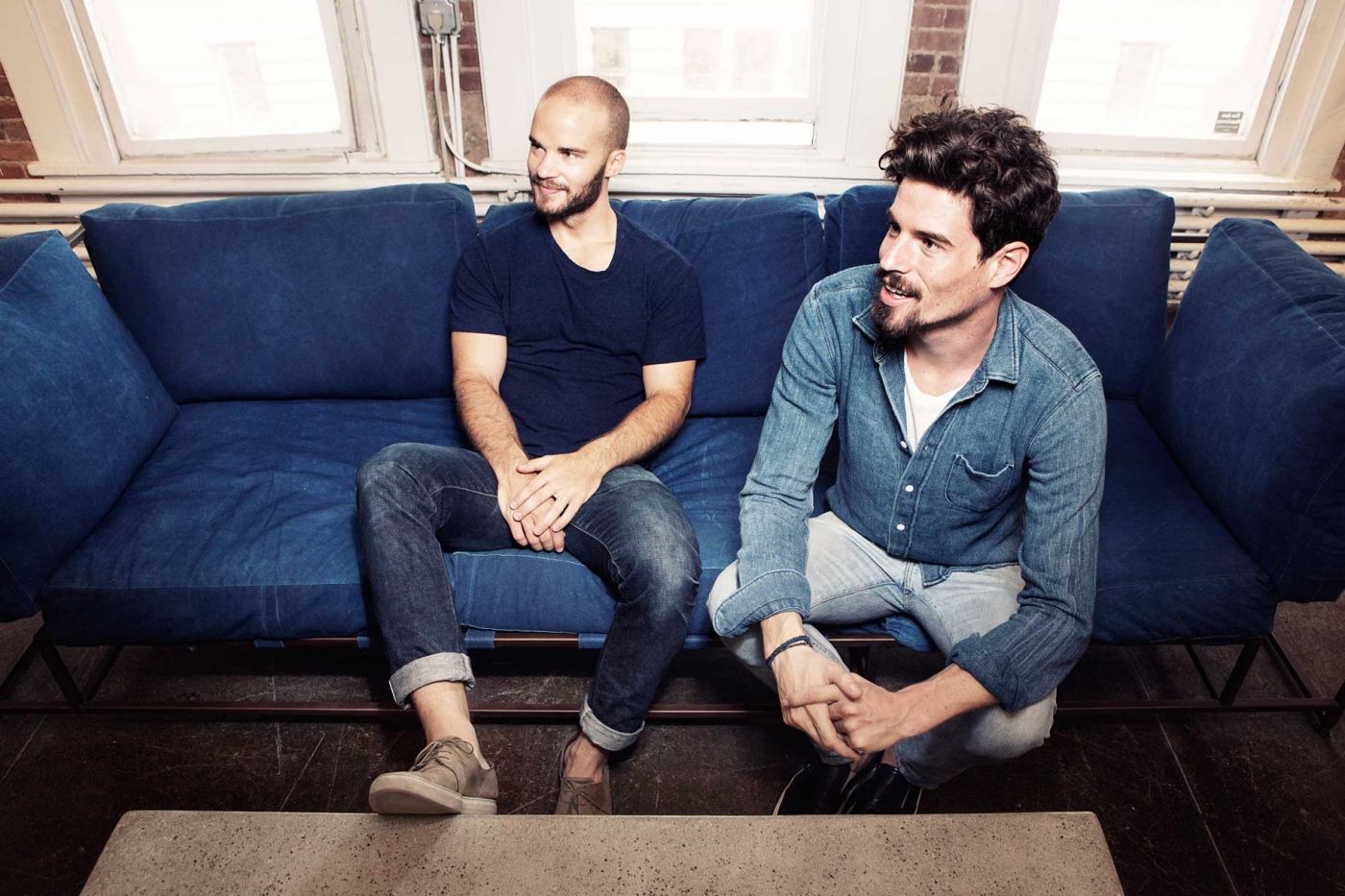 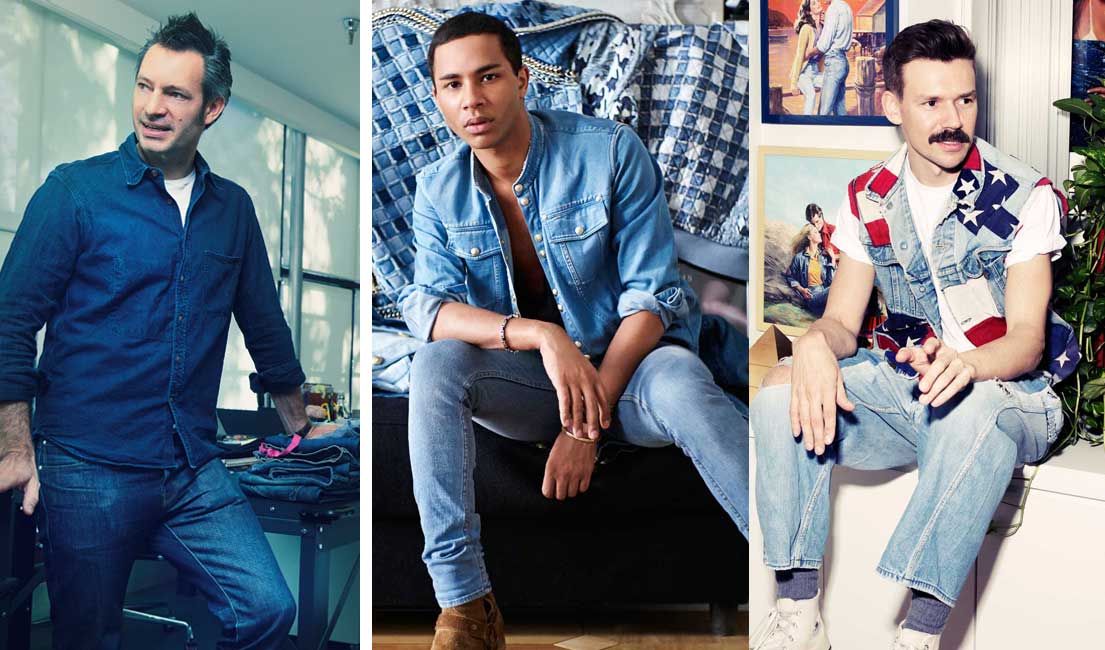 Below are links to all of the looks I loved this year – and will probably love again…Happy New Year! xxJane