When we first saw Levi’s Michael Giordano, he was wearing a wetsuit – a full one, because, despite it being summertime, the water and wind in Pacifica, California, where he surfs most mornings, was cold. He spotted us in the beach’s parking lot (was it the camera gear that gave us away, or the city-girl blazers and button-downs we wore?), and he greeted us warmly – good energy everywhere.

But back to the wetsuit…because the wetsuit meant two things: 1. That we got to witness Michael, who lives in San Francisco’s North Beach with his wife and two kids, catch a few waves, and 2. That we got to watch his post-sesh quick-change in the car. We realize that might sound like a strange thing to get excited about – we’d just met the guy! – but, Michael, we’d been told, is one of the most stylish creatives at the company, which explains why he’s been entrusted with its brand environment. What’s that, you ask? Take any Levi’s window or store display, cooly-dressed mannequin, print ad campaign or a TV commercial (if you haven’t caught the latest, click here now), and chances are Michael had a hand in styling it.

And that’s why we were looking forward to Michael’s aprés-surf outfit. How does the man largely responsible for the visual language of a major denim brand – of Levi’s! – put himself together? It starts with a pair of 501s, custom cropped and tapered – the only way he wears them – always. Then, that day at the beach, Michael added a polka-dot chambray shirt (buttoned all the way up); a well-worn leather belt; a white sweatshirt; a kerchief tied around his neck; and a pair of blue suede Birkenstock clogs with heel-less and toe-less socks he picked up in Japan. On paper (er, on screen) that could read a little odd. But on Michael, it totally worked.

Fully dressed, we left the shores south of S.F. for the Mission, where Michael introduced us to one of his favorite spots: Aquarius Records. Here’s where he goes to browse and buy vinyl from some of his favorite Psychedelic Rock bands, like Carlton Melton and Food Brain, after a solid morning surf. He loves music; the jeans he’s wearing have been to hundreds of shows – most recently, Nick Cave and the Bad Seeds, where he let his teenage son have the floor ticket, cool dad! Psych Rock, he says, is the kind of music that gets interesting when things go wrong. It’s not about perfect harmonies. You never really know where it’s going to go next. Hmmm, we thought, could this also describe the way Michael works? Pondering the thought, we headed over to El Toro for burritos to talk about this and how he lives – and breaths, and sleeps – in his Levi’s.

What is it that you love most about denim?

I love the way it ages and takes on your life experiences – you can tell what peope do through their jeans – and I love how they get better, more comfortable, overt time.

Let’s talk about these jeans you have on…

A friend gave them to me. I don’t think he ever wore them. He customized them, re-tapered and cropped them – and then gave them to me. That was in 2008. Since then they’ve been to hundreds of rock shows. I’ve taken them to India. Shanghai, Hong Kong, Tokyo, Europe. I’ll probably save these forever, because there’s a bit of sentimental value to them. When they get to this point they’re at, I would often make cut-offs. Not with these. I’ve had them too long. And, they’re just really comfortable.

They’re at that point where they’re just so soft. I often sleep in my jeans. I don’t even realize they’re still on me, especially these. That’s how comfortable they are.

Wow, that’s comfortable! OK, tell us about the patches…

Yeah, I’ve ripped them, had them caught on things…so I’ve had them repaired by the [Levi’s] tailor. There are doodles, from being on a plane and just doodling. Just little things like that. 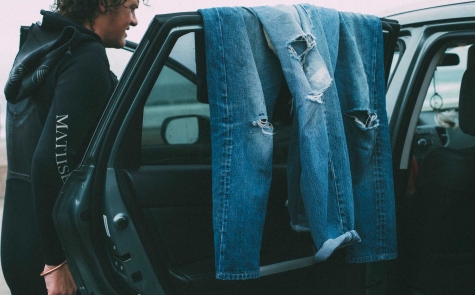 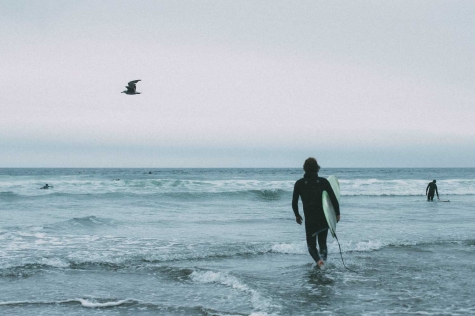 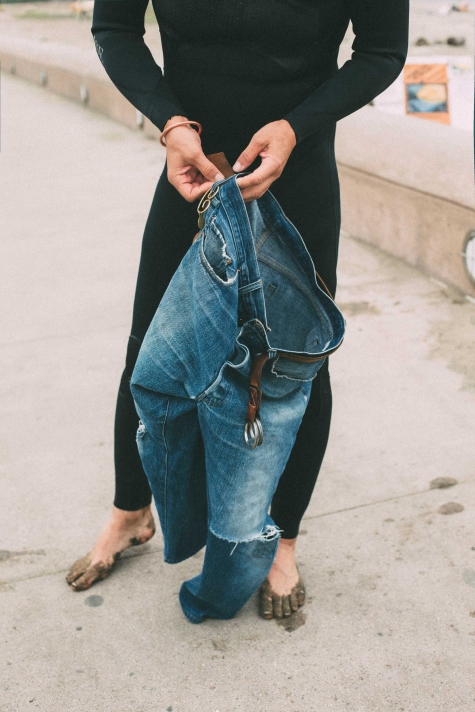 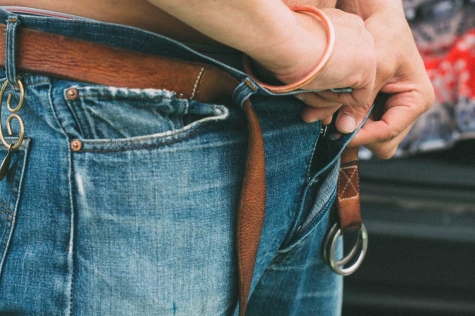 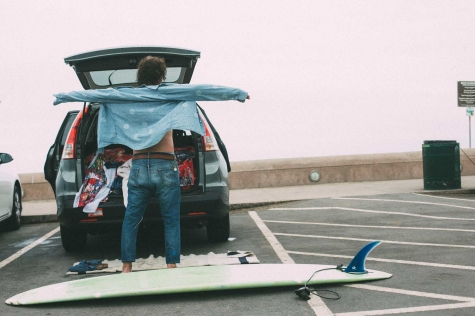 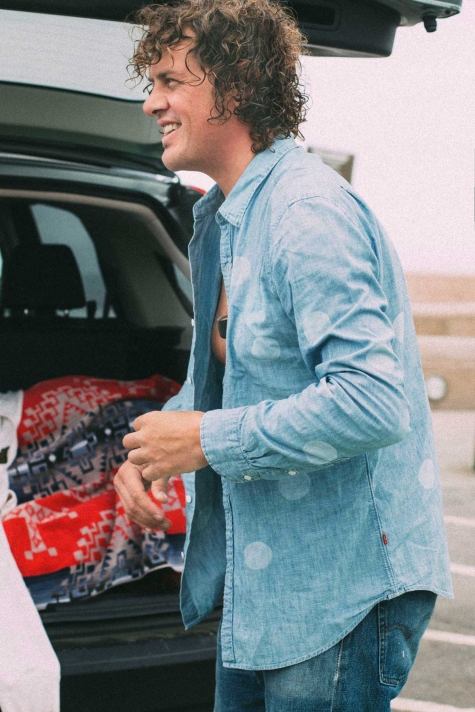 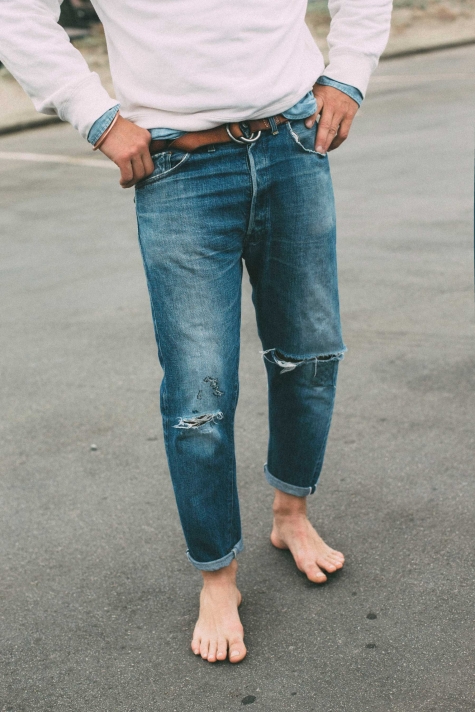 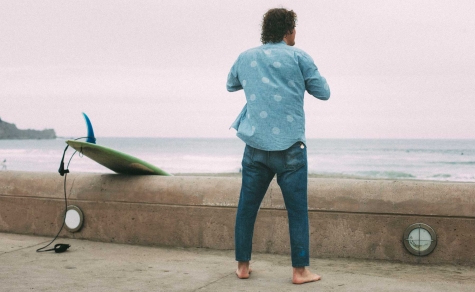 I’d call them my mistress.

Other than tapered? Comfortable [laughs].

If your jeans could talk, what would they say about you?

They were with me at the Taj Mahal in 2012. The Taj changes color throughout the day – pink in the morning, orange-y. It can turn gray, too. You have go at six in the morning because the marble gets so hot in the middle of the day.

What’s the weirdest place they’ve been?

In some caves in Oregon. It was a tourist-y thing I did once; people used to live in them.

Did you ever have a pair you should have broken up with sooner?

No, every pair can be repaired.

What are your top three jeans of all time?

Oh, man. 1. The white standard fit Red jean. Amazing. 2. A replica of the first Levi’s jean. That was rigid. The one from 1890, with just one back pocket, cinched back and suspender buttons. 3. And then, these. 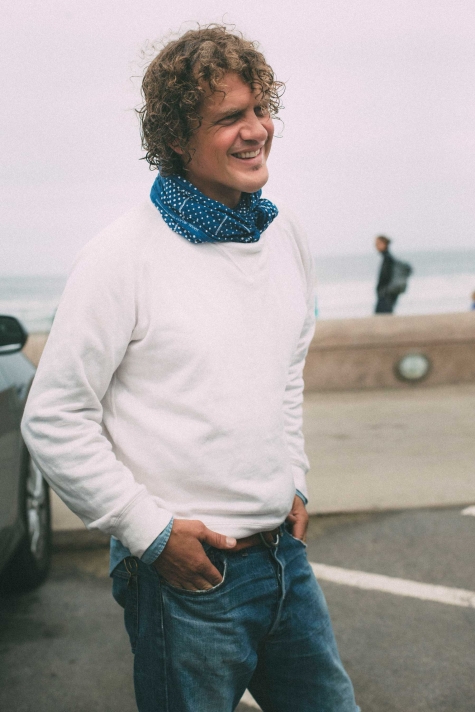 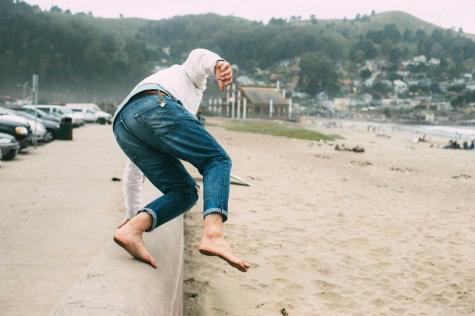 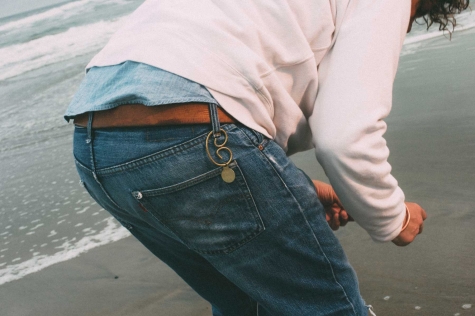 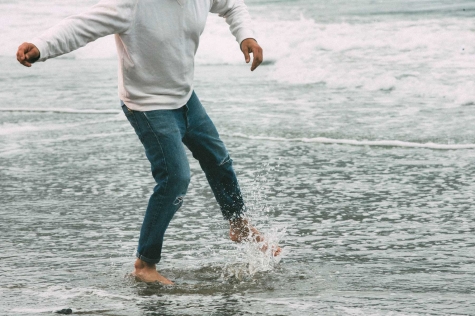 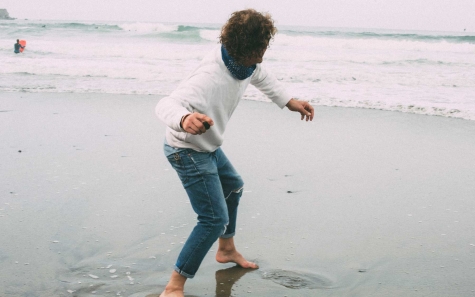 Naked.  Without my jeans I am a little vulnerable. Not quite myself.

Cool. The epitome of cool is wearing great denim. Jeans are a blank canvas, how I wear them, where I wear them. They’re just waiting to soak up experience. 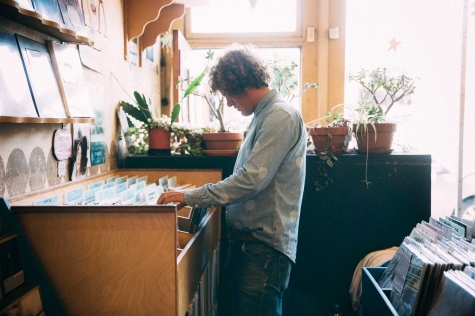 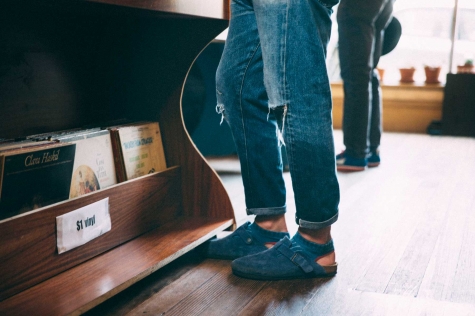 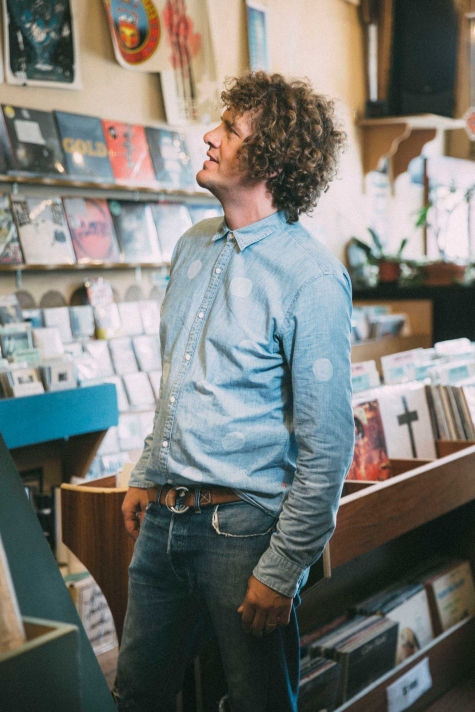 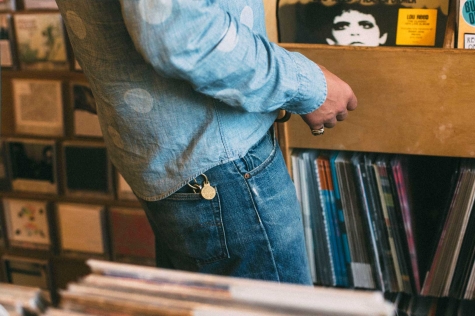 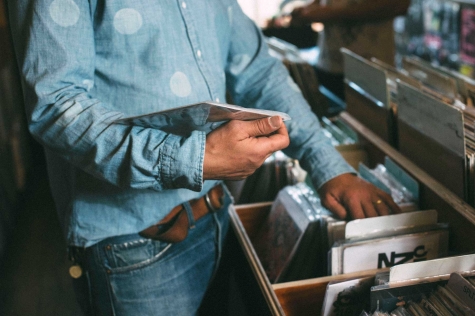