When we walked into the space where Frame Denim was presenting its fall collection this season in New York’s Meatpacking, the lights were down. And the models were all in…black. Black jeans (think coated denim with a velvet tuxedo stripe, faded boyfriends, overalls), black shirts (Frame has added shirts to the line! More on that in a bit), black-and-white Tabitha Simmons Alexa flats and Hayden heels. The Frame guys – Creative Directors Jens Grede and Erik Torstensson, and Design Director Nico Peyrache – had gone to a dark place. But we liked it. We liked it a lot.

It wasn’t totally a surprise, because they’d very kindly had us over the afternoon before to preview it all during their model fittings with stylist Ludivine Poiblanc (her take on the black jean: “It’s like a uniform.” So true). Right off the bat, they’d told us the theme of the season is “back to black,” – not the song; sorry if it’s stuck in your head now – and not back in a retro way. “Frame is all about the future,” Jens told us. Which is why Frame is moving beyond jeans with a collection of shirts, from a white silk tuxedo top to a blue denim Western style – “more modern, less cowboy,” says Nico – which will no doubt sell out in about, oh, a second once it hits stores.

Also cool for fall: a new pencil skirt silhouette and the use of zippers as embellishment (ie. on that skirt or around the waistband of a skinny jean). “We design for women we’re attracted to,” Jens told us at the presentation. “And things we want to wear.” Yes, that’s correct. Frame is also introducing men’s jeans this fall. Which means Erik can switch over from the Dior denims he’s worn to death (there was a ripping incident at the fitting, in fact), and Jens can trade in the Acne Hexes he’s been devoted to for ten years. It’s a new frontier. 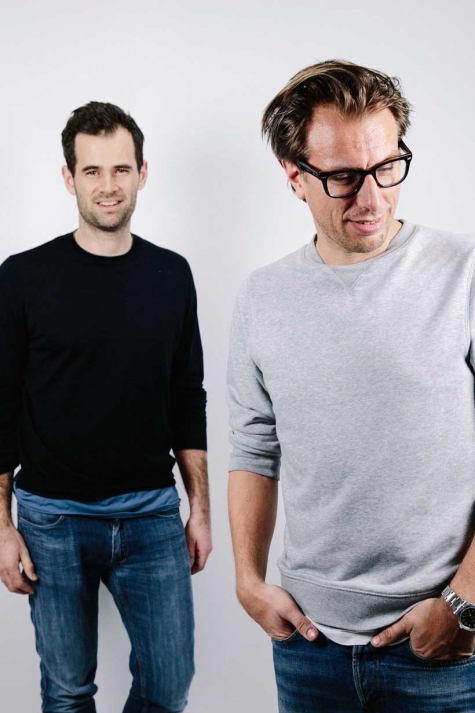 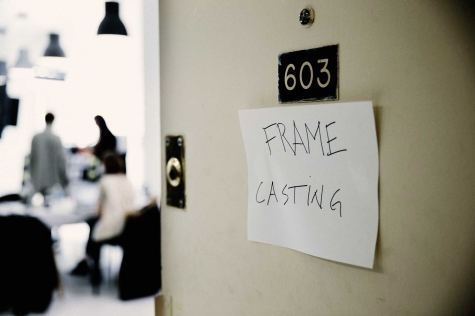 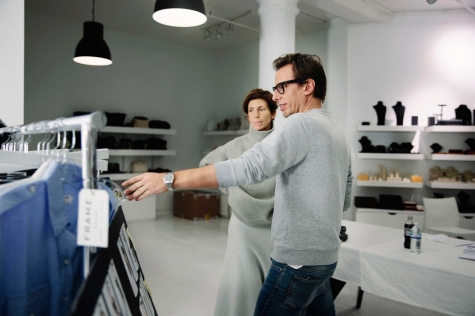 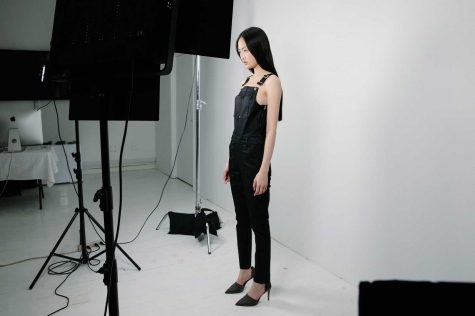 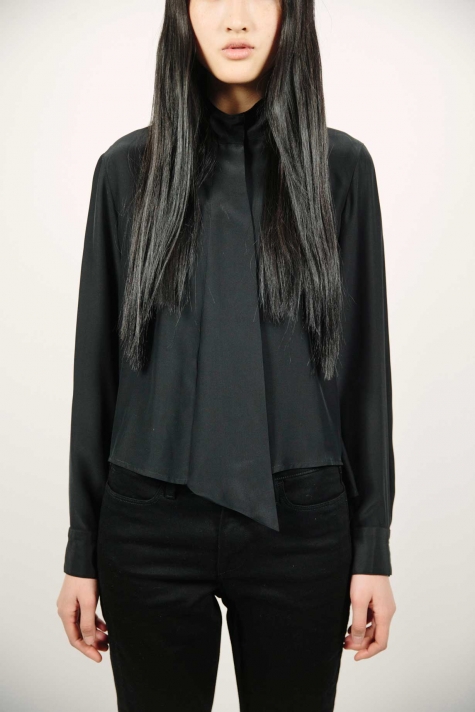 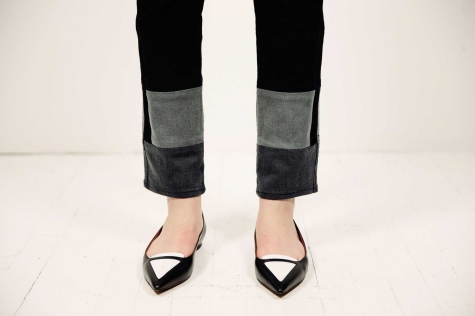 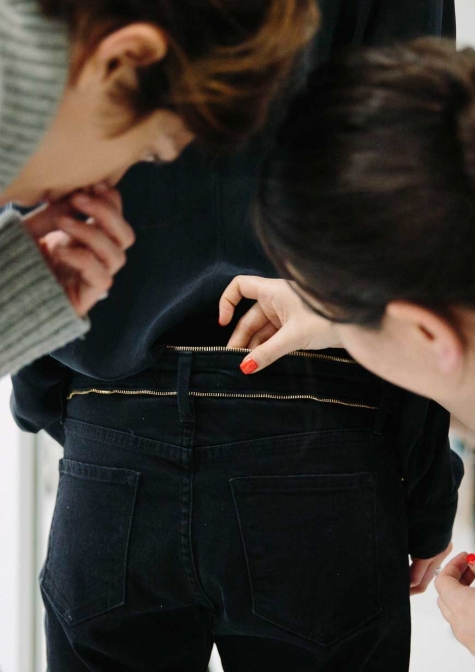 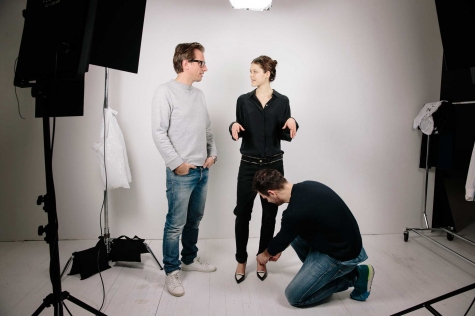 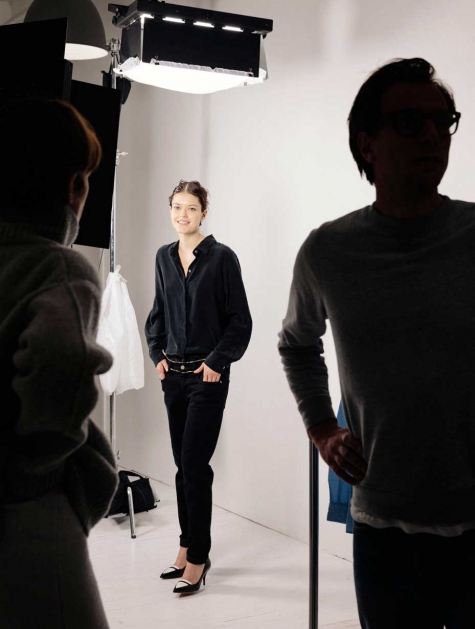 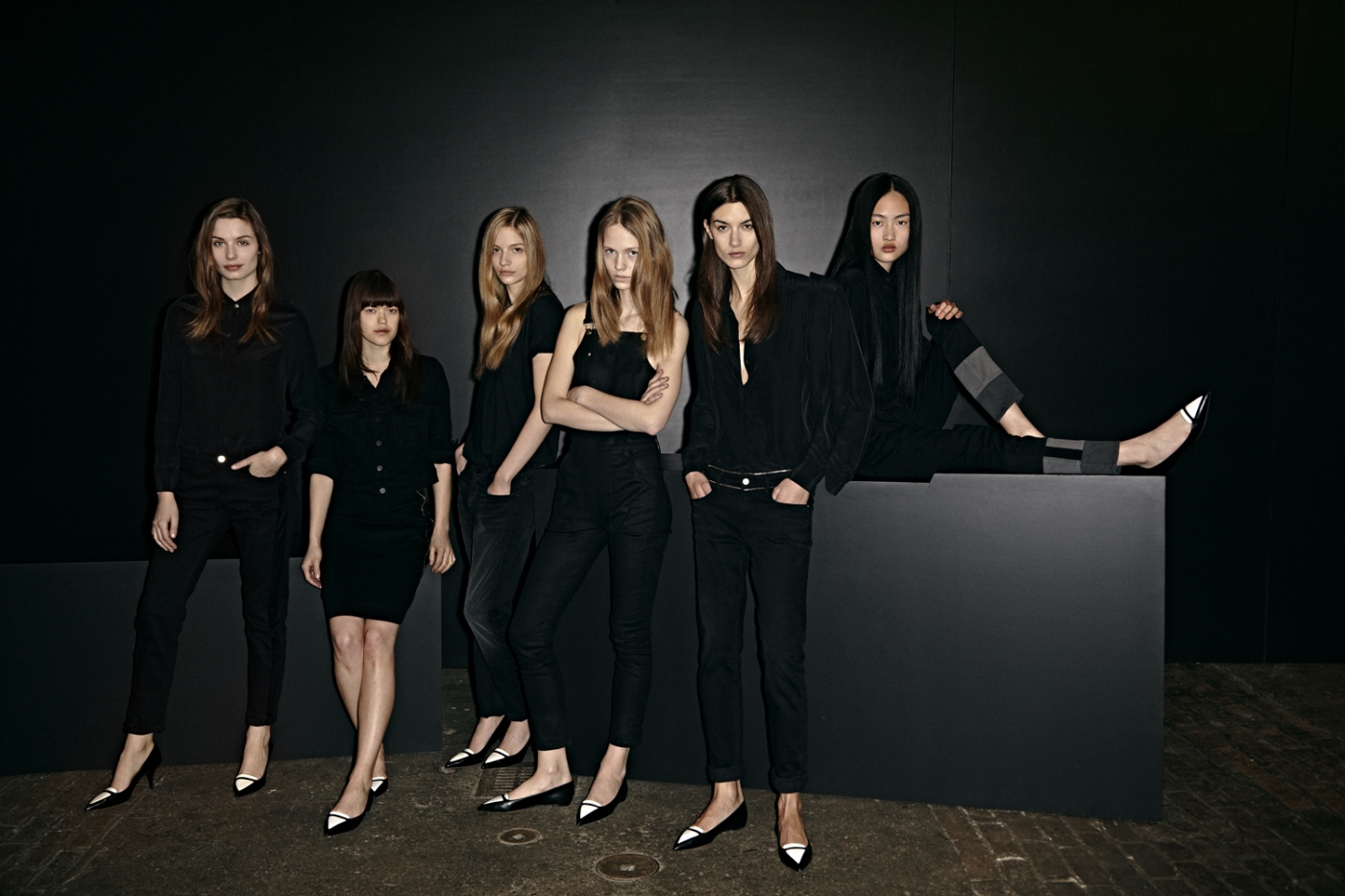