It was hot in Brooklyn yesterday, so when we met up with Haim (Haim!) before their Live in Levi’s show at Brooklyn Bridge Park last night we did so – thank goodness – in their comfortably air-conditioned trailer. They greeted us with hugs. “We’re huggers,” Este told us, arms extended. Because the Los Angeles-based band of sisters – Este, Danielle, and Alana – were headlining for Levi’s, the focus of our quick chat was on, what else, jeans. In the trailer, we sat crossed legged on the floor throwing question at the singers like tennis balls out of a machine. They answered assertively – Alana in the jacket she got at a dollar sale; Danielle in custom-tailored vintage 501s; and Este in a Trucker she bought at the Silverlake flea market when she was in high school. Just three L.A. girls in their all-time favorite jeans. Is there anything better?

Were they born on the East Side of Los Angeles where they scored some of that denim? we asked, making our way to the place we’d picked to take their portrait. “No, we’re from the Valley,” Este said, showing us her nameplate necklace that read: “The Valley.” “It still gets a bad name. Why? I mean, come on, Frank Zappa’s ‘Valley Girl’ was so long ago!” Like, totally. And if Haim are Valley girls, then the Valley is for sure officially cool (and if you don’t get the Zappa reference, like, look it up).

We want to go on record here and say that Danielle’s 501s were per-FECT. They have us convinced that a button fly is now the only way to go. See our close-up. And read our interview – because it’s not just about jeans, but how Haim lives in them.

What do your Levi’s know about you that no one else knows?

Alana: They know what the inside of my hotel room looks like.

Este: They know what it’s like to be on stage in front of so many people!

If your Levi’s had a zodiac sign, what would it be?

Este: Pisces. ‘Cause I’m a Pisces, and I don’t know, my Levi’s love water. I go swimming in them.

That actually covers one of our other questions. OK, next: Who do you take your Levi’s off for? 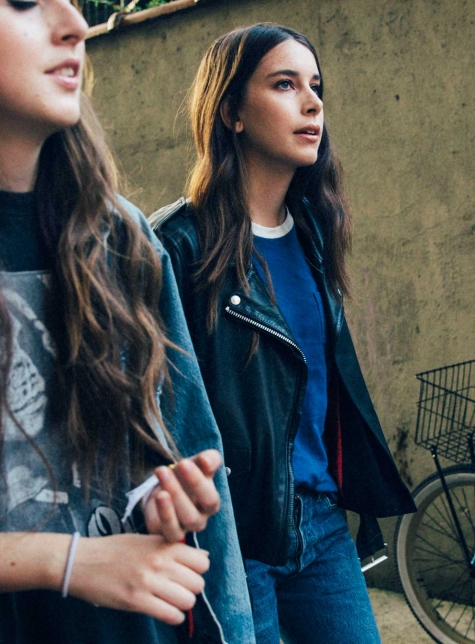 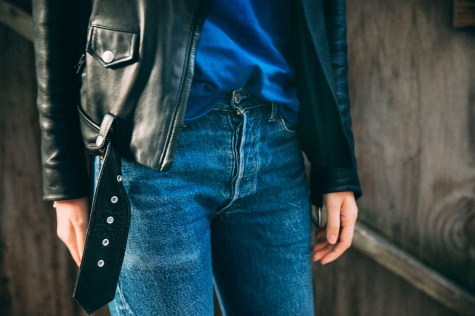 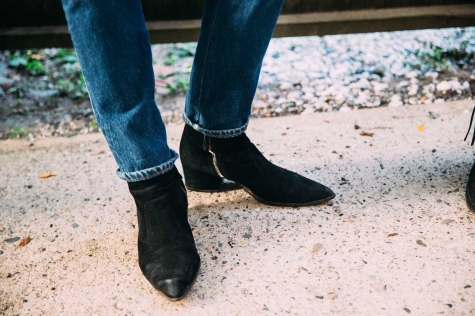 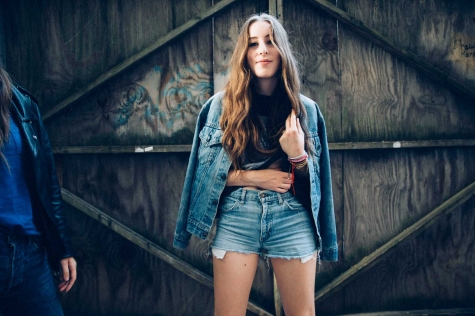 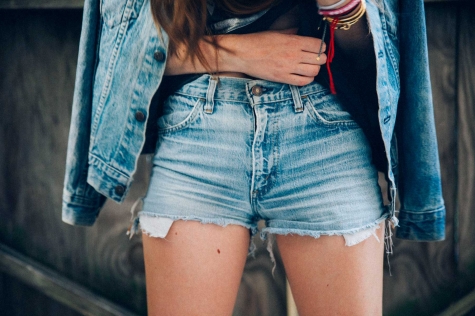 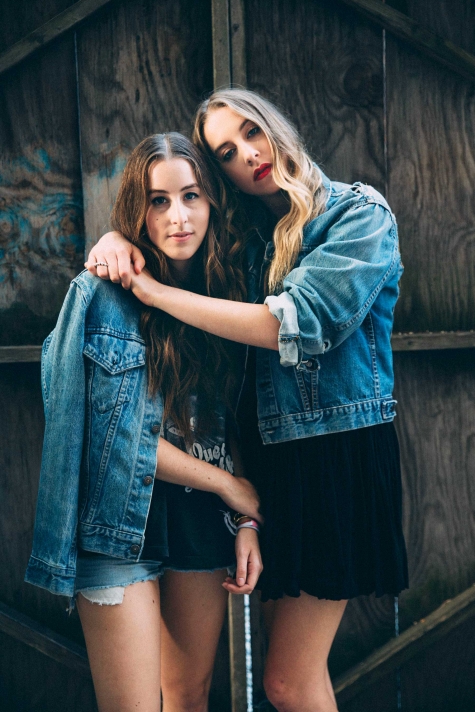 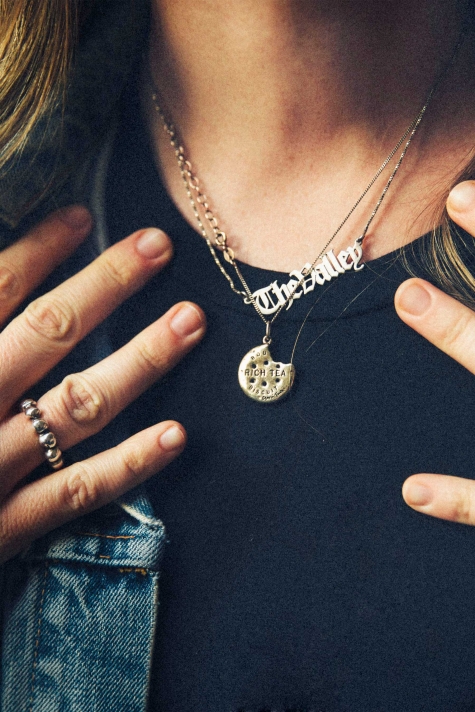 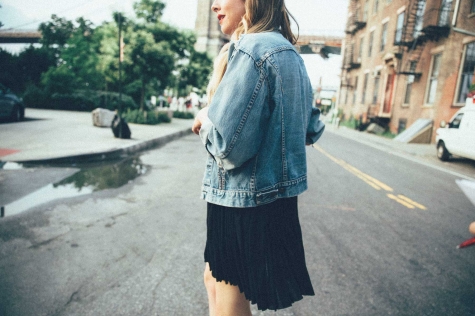 Este: I love tacos. I love burritos. I think collectively we all love Mexican food. If you grow up in L.A., how could you not?

How many tacos could you eat in your Levi’s?

L.A. really does have the best Mexican restaurants. What are your favorites?

Este: We could write a book, honestly.

We would like to read that book. Have you ever let anyone borrow your Levi’s?

Este: It’s like a collective, friendly closet. As long as we get everything back. Like library books. 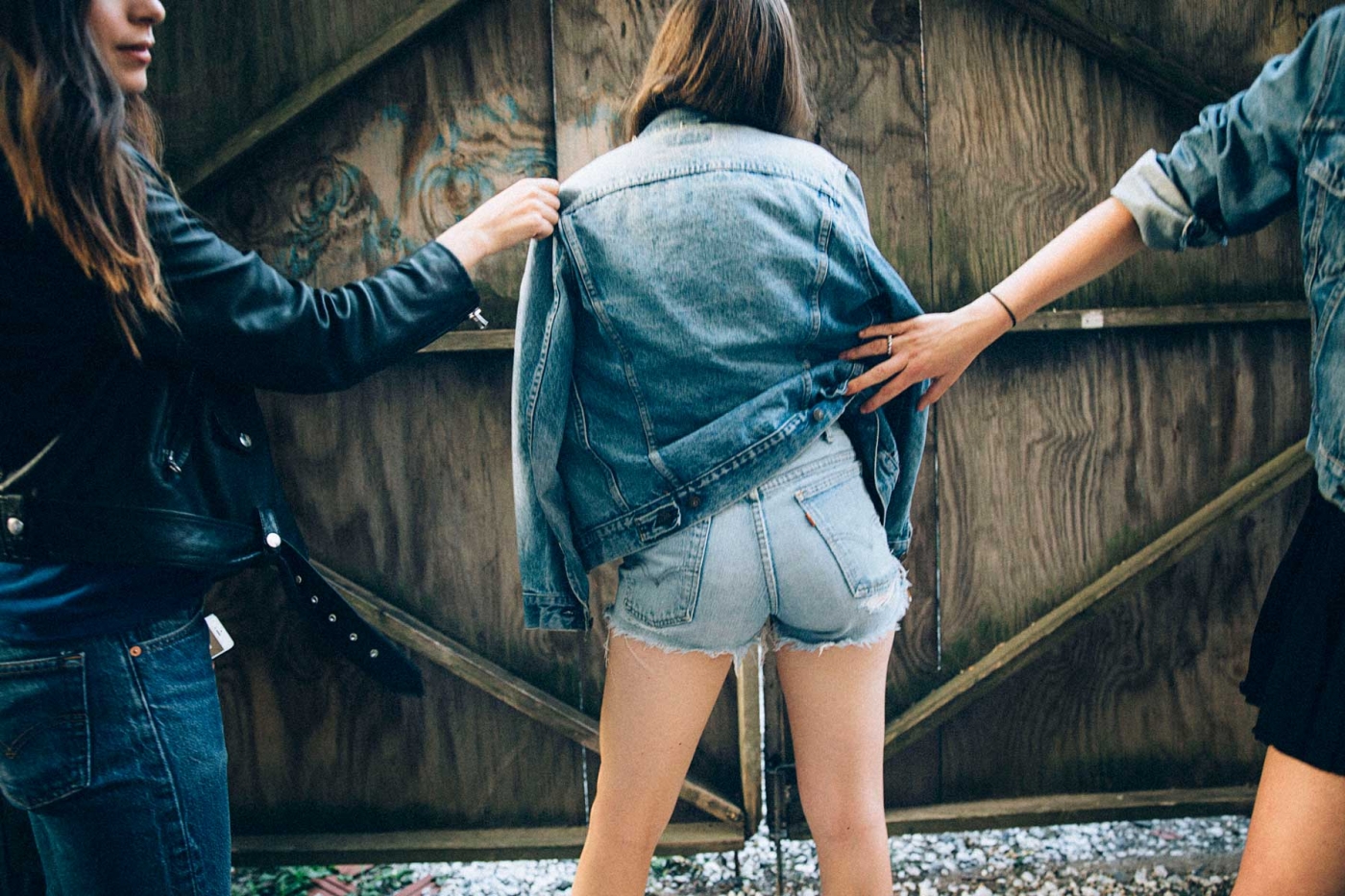 SISTER ACT The best was when Danielle and Este jumped into to help style Alana’s look.

Your hands are wet – do you wipe them on your jeans?

All together: Yeah, definitely.

Este: We’re not very precious about them.

Alana: That’s what jeans are made for.

Este: As I said, I’ve been known to jump in pools with my Levi’s on.

Do you wipe your hands on your jeans if you have mud on them?

All together: Yeah, Glastonbury!

Danielle: We were just at Glastonbury, mud literally everywhere.

Alana: I love paint splatters on my jeans.

Este: Shred. I like a frayed jean. I love cutting the bottoms of my Levi’s and letting them fray.

How do your Levi’s make you feel – in one word?