What does it say about how men like to dress that what started as just a shirts line for men and boys quickly evolved, in less than a year, into a brand that also offers jeans? That when it comes to clothes for guys, the one (shirts) fundamentally requires the other (jeans)? Or, is it that the person behind the line – in this case, Alex Drexler – understands how men think and shop better than most designers might? We’d say, it’s a bit of both. Alex Mill, the highly focused, function-with-fashion brand launched by Drexler earlier this year as a perfect-shirt company, is, as of this fall, doing denim, too – one fit, four washes, can’t loose. “The whole idea of the line is based on the men’s uniform,” explained Drexler, who worked behind the scenes at Steven Alan and Gryphon before going out on his own. “When a guy packs he doesn’t want to choose outfits for day and night, he just wants to choose an outfit. So everything is based on a system.” And that system – travel-ready, but also work-, play-, and anything-ready – can be sustained by Alex Mill’s impeccably designed, price-friendly pairing of button-downs with button flies.

Decisive and specific are two words we would use to describe Drexler’s style (literally and figuratively; in clothes and personality). And doesn’t a world that he suggests, one without the ifs and what-withs of fashion, sound tempting and oh, so easy to live in? Indeed, we think so, too.

Before we get into the jeans that you’re making, we want to know: What do you look for in a pair, personally?

I personally don’t wear raw denim. Wait, do you mean on an emotional level or an aesthetic level?

Okay, from an emotional level, I always wanted denim where you could wear it and it was versatile. I don’t like to wear outfits – I don’t want to choose what to wear my things with. I never buy clothing or think about clothing unless it’s something that could work anywhere. I don’t buy things for certain occasions. For me, trying to find a pair of jeans, I want a pair of jeans that work with anything and that I can wear anywhere. I don’t really have time to wear in a jean for two years, because I’m not patient enough. I just always wanted a jean that was versatile and that I didn’t have to think too much about, and then when I found it I always wanted to buy multiples of it.

I love a jean that’s $400 – and I can see the beauty of it – but I wanted to create something that wasn’t that price. For me, it was trying to do washes that were versatile. Despite all of the washes out there, it’s still really hard to find the right one.

So, how does this all translate to your own collection?

And from there it sort of evolved into the men’s uniform, which is the jean, the shirt and the t-shirt – and the idea that guys don’t want multiple fits of jeans or multiple fits of shirts. They don’t want a medium t-shirt and a slim t-shirt, like a woman might want. They don’t want to choose between multiple fits of jeans in their closet when they wake up in the morning. They just want to think about The Jean, The Shirt, The T-Shirt. And when they find it, they want to buy multiples of it. That was something that I found really resonated with me and with a lot of people. Guys are looking for that uniform. Guys don’t want to make too many choices.

And then from there it evolved into the father/son element. It’s this idea that style starts young…like father, like son. Everything looks good sort of in miniature. 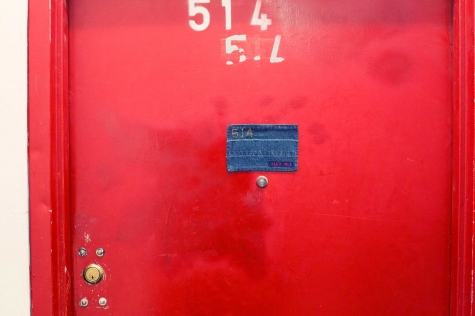 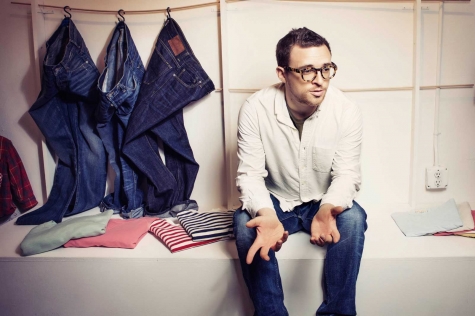 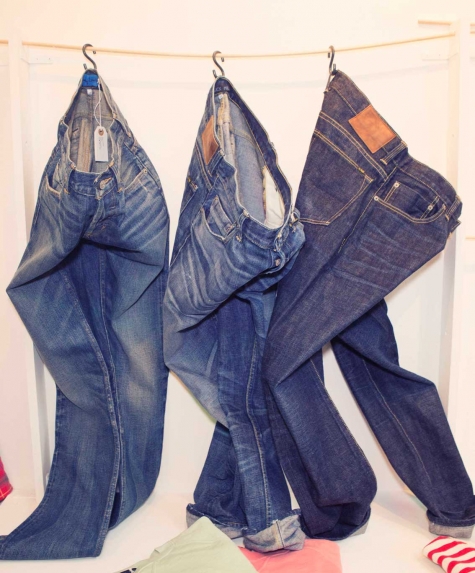 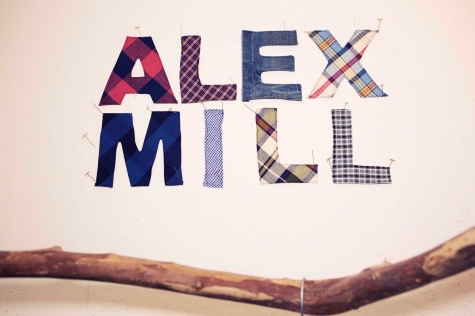 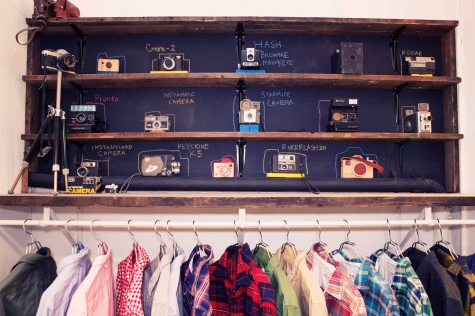 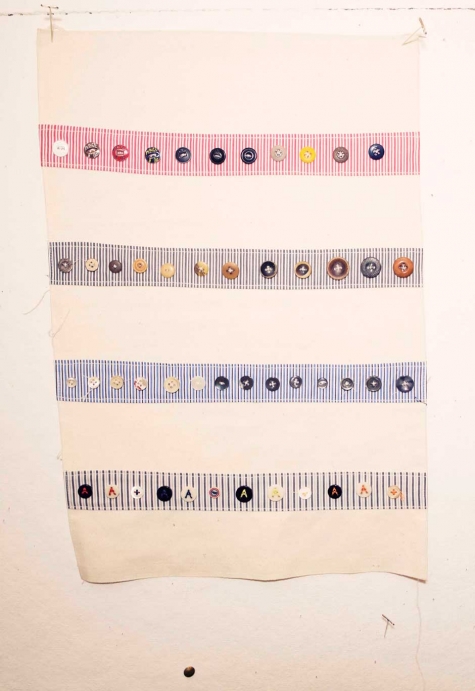 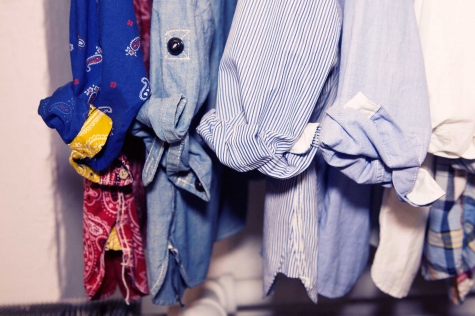 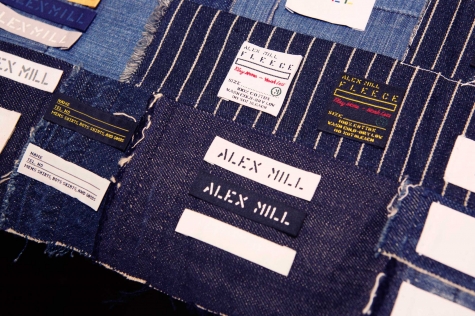 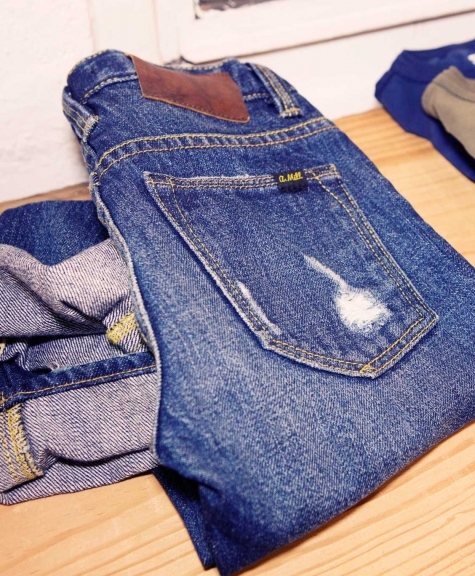 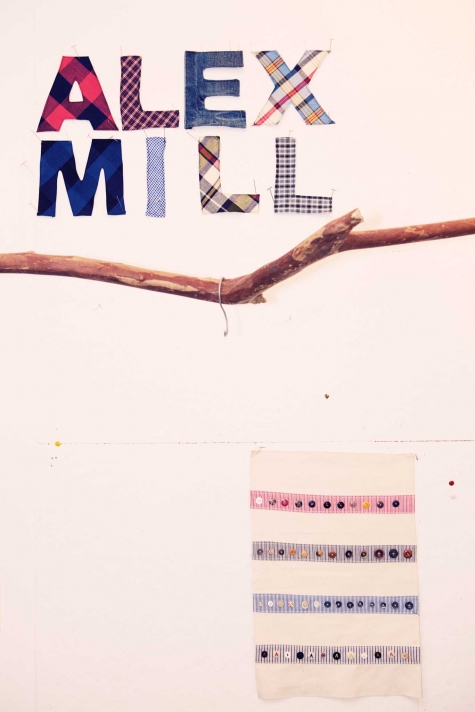 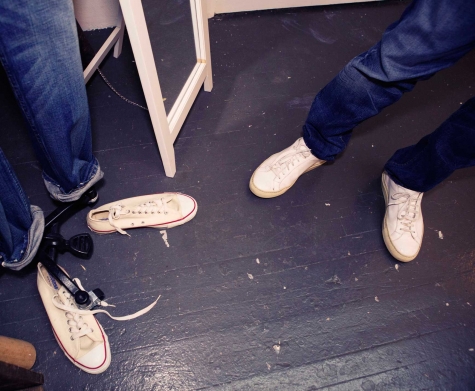 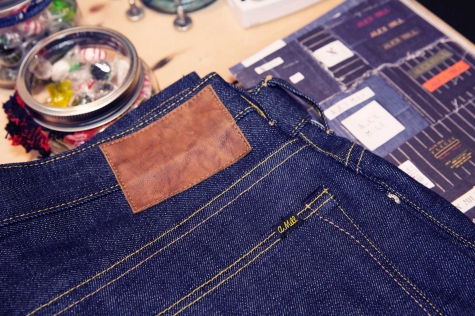 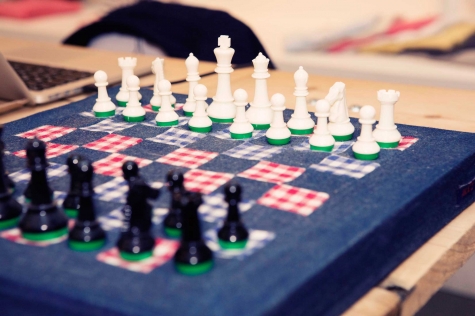 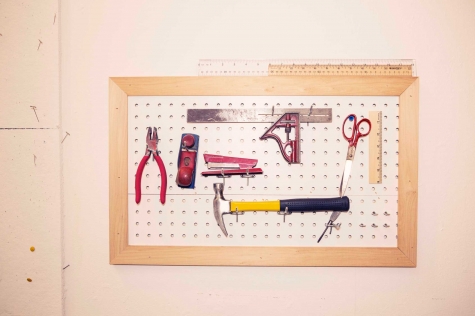 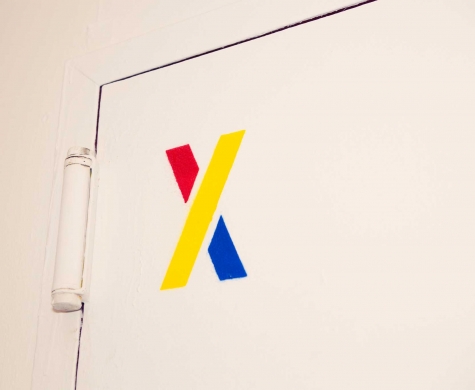 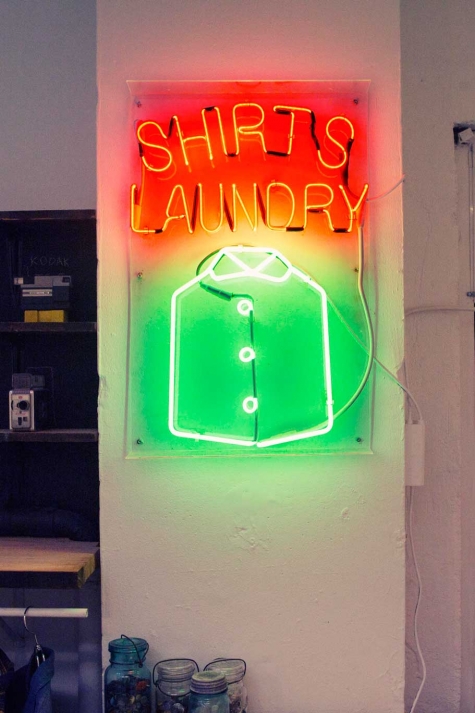 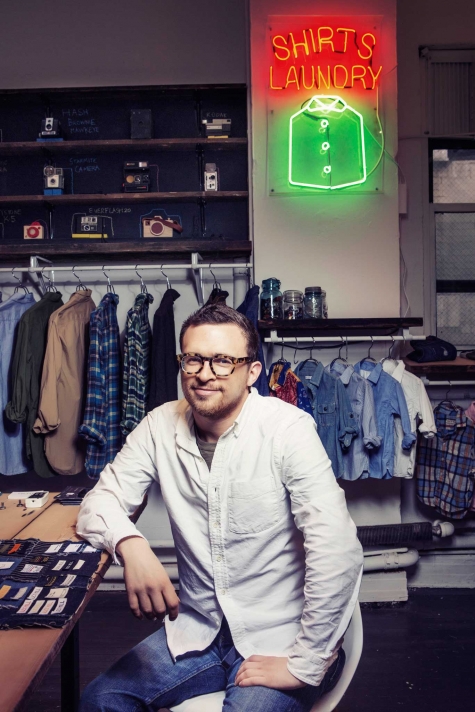 So if you’re only offering one fit, what is it and how did you land on it for the jeans?

If you’re going to have one fit, guys don’t want it to be too skinny or too boxy. I wanted a fit that appeals to a lot of people.

What I’m wearing is called the one-year wash. It’s meant to look like a  jean that you’ve worn for a year. We have the one-year wash, the six-week wash, the aged wash, and the raw. When we were developing this, I felt like it was still hard to find great washed jeans that have this great sort of distressing – that doesn’t look contrived. For me, I only wear the one-year wash, because I only wanted to wear the same thing every day. So I wear one-year wash, whether it be with a blazer or with a t-shirt.

And are you recommending that guys wear the raw a certain way?

We have even more washes in development for spring. What I like about this quality of denim is that it’s very versatile. Most denim you can’t get this much variety of washes out of.

Women have been buying our jeans, too, which I never expected. People who love the jeans, get them and maybe alter them. It’s a specific type of woman.

Is there stretch in your denim?

I don’t pretend to talk like I’m an expert on denim. I just know what I love and what I think other guys are going to really like. There’s a designer who works with me closely who I should mention because it’s not all about me, you know, it’s a collaborative effort. There’s another Alex who I work with on the jeans, so when I say ‘my’ I want to say ‘our.’ Alex Mill is not a designer line that’s all about one person. That’s not what this is about.

You haven’t asked me about selvedge or no-selvedge. This is always the question. With some people they can’t put on a jean without the selvedge. So all of my jeans are selvedge. But I’m not opposed to non-selvedge. For me selvedge is just something that felt authentic –  jeans woven on a narrow loom – it just felt kind of cool and unique.

Have you always worn jeans?

I did wear jeans when I was a little kid. I think there was probably a phase in my life where I wore something other than jeans. But yeah, I just only wear jeans.

Tell us a little bit about your trajectory…

I was born in New York, and when I was six I moved to San Francisco. I grew up there. I moved back to New York to go to Trinity college, and I’ve been living here ever since. I went to law school, then I dropped out of law school. I wanted to be in the FBI, or do law enforcement, and then I dropped out of that. I wanted to do something different from clothes, but I kind of realized… I’m 35 now, so I realized when I was 25 or 26 that it was in my blood [Alex’s dad is Mickey Drexler, chairman and CEO of J.Crew], and I just kind of have to take it one way or another. I didn’t want to be just on the periphery of it. I want people to understand that I spend a lot of time not just on our jeans but on our washes and on the details. You can’t just show up and say, Oh, I want to do this. You have to really start from the ground up.

So, making things is really what excites you.

The thought of being an FBI agent really made me tick. But when I realized that I couldn’t do that, it was making clothes. Yeah.