From the pink Benettons that instantly bonded her to her high-school best friend, to the Habituals she was wearing when she met her real match, jeans have always been in Nicole Phelps’ big picture. Here, the Style.com editor reflects on some of the pairs that made the most lasting impressions – on her life and in fashion.

My favorite pair of jeans? I couldn’t pick just one. We’re living in a golden age for denim. Power stretch. Selvedge. Even monogramming – thank you very much for that development, Frame Denim. Now, nothing comes between me and my NPs.

Times weren’t always this good for jeans, but they’ve been my uniform since I slipped into my first Jordaches at age 10. Scrolling through all the different styles – no one used terms like “fit” and “washes” back then – is part personal narrative, part fashion history.

Before the Jordaches, I fell for a mint green and pink striped polo shirt, and agreed to make my bed for a whole week in order to have it. (My mom and I went shopping after church every Sunday; I guess I know who I have to thank for my career in fashion.) But the polo was a fling. With the white embroidery on the back pockets, their high waist and pin-straight legs, and most of all that deep, blue-black hue, those Jordaches were true love.

I wore them until the knees turned white, right up until the summer between sixth and seventh grades. That August, we moved. Only 12 miles separated Roselle and Glen Ellyn, Illinois, but that was far enough for subtle differences in style. At my new junior high, Guess’ inverted triangle was the badge of cool. I remember calling my old friend to share that bit of news. Nobody wore them back in Roselle, she told me, clueless. Some distances are too far to bridge. We never spoke again, but I had my Guess jeans.

We moved again between eighth and ninth grades. This time across the country to Connecticut. To fit in in preppy Simsbury, I needed a pair of L.L. Bean bluchers. But, my best friend (made on the first day of freshman year when she told me she liked my pink Benetton jeans) and I preferred to stand out. By sophomore year, we were buying men’s Levi’s 501s and 505s, cutting off the hems, and rolling them above our Doc Martens. How advanced were we? Eric Clapton’s “Wonderful Tonight” was the homecoming theme that year; we were listening to R.E.M., the Smiths, the Cure, and New Order.

On rare trips to New York City, we headed straight for Antique Boutique on Broadway, where the giant American Apparel is today. In the basement there were racks and racks of old, worn-in jeans. I bought a very nearly threadbare pair of flared Lees (the denim was thinner than Levi’s), stitched the holes on the seat with colorful needlepoint thread, and wore them until my mom threw them out disgraced.

My thing for used 501s lasted through four boyfriends, college, and my first job in New York. I landed at Women’s Wear Daily and W magazine in 1996, not long after A.P.C. had moved in on Mercer Street. I was convinced that A.P.C.’s raw indigo denim looked better on other girls than me; blame it on the fact that I didn’t have the stacked heel oxblood leather boots to match – please bring those back, Jean Touitou! Still, I must’ve lived through the breaking-in process two or three times before the aughts arrived and with them an explosion of designer denim. Citizens of Humanity, Paper Denim & Cloth, 7 For All Mankind, Habitual. I was wearing black denim flares with flap pockets from Michael and Nicole Colovos’ label, Habitual, the June night in 2003 that I met my husband Andy. They’re stacked on a shelf in the back of my closet, like a time capsule. Another Habitual pair from the same pile, these in faded blue with a criss-cross motif on the pockets, came back into circulation last summer. I wear them as cut-offs, the rear-end almost as frayed as those Lees from the 80s. Mom’s too far away to complain.

Dozens of jeans have come in and out of my life in the last decade. Stella McCartney made an incredible black denim pair with pocket piping detail for her H&M collaboration. I wore my J Brand flares so often I tore a hole in their backside. For a while, I loved a super-high waisted style from Acne even though Andy joked that they gave me a gin abdomen – a term he coined for the mom-jean belly-pouch. Lately, I’ve been lusting after a dark wash mid-rise style I spotted on the street. The girl I saw wore them with a belt, an accessory I abandoned back when I traded in my 501s for A.P.C.s. Some would say they come dangerously close to mom jeans, too, but I still want them. Love is love. 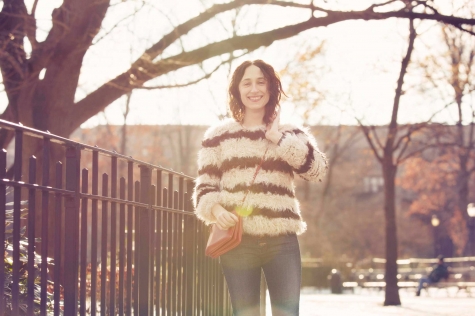 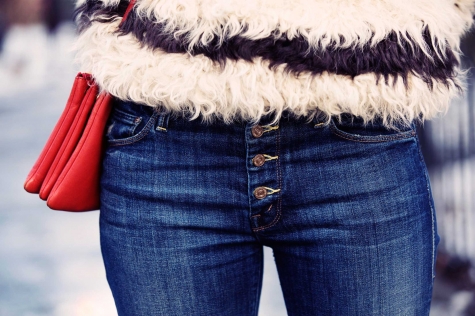 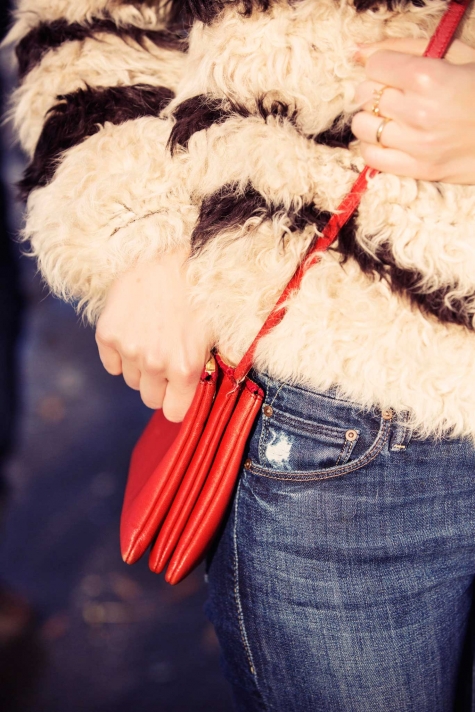 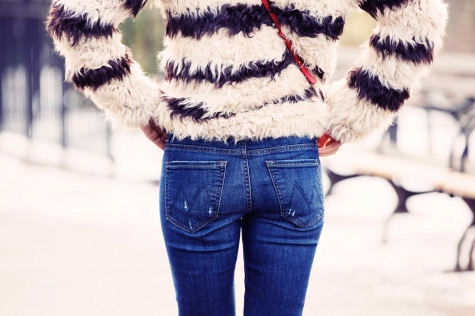 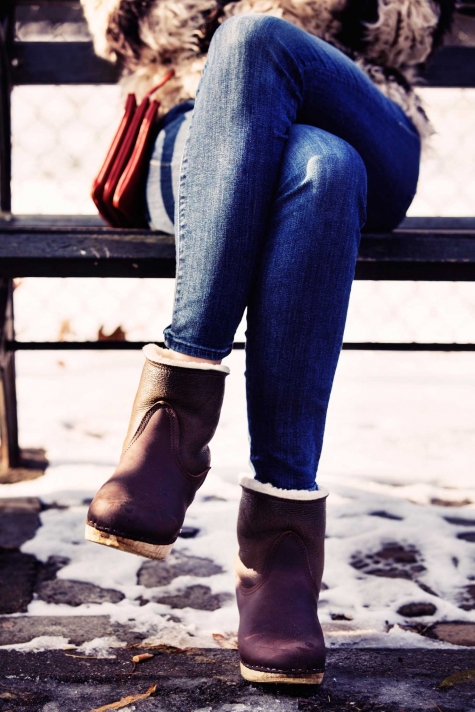 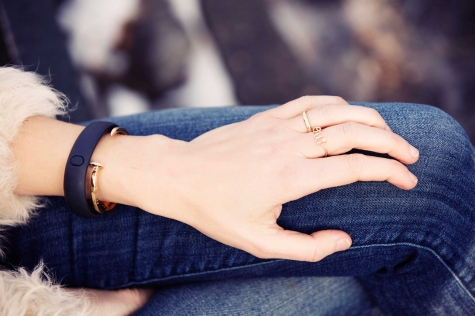 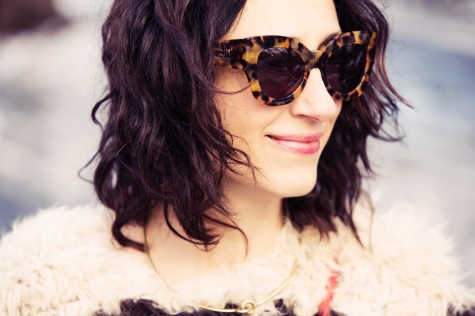