The first thing we saw when we walked into Band of Outsiders‘s Hollywood headquarters was General Zod, designer Scott Sternberg’s insanely adorable and very tiny Brussels Griffon puppy. Denim? What denim? Where’d that pup go?, we wondered while surveying the space, which is filled, as one might expect of the playful-meets-preppy brand, with knick-knacks and collectibles of all kinds, from toys to typewriters. Really, there’s a lot that’s cute in Scott’s studio – most importantly, the clothes, which a certain Jean Stories editor (OK, Jane) is especially fond of for being tomboyish, tailored, and never too serious. But honestly, even the covetable clothes couldn’t complete with Zod (named after the ‘Superman’ supervillian). No, Zod The Puppy is quite possibly the cutest thing on planet Earth.

So, what’s the next cutest thing? Definitely the denim jumpsuit that Nicole Cari, Scott’s VP of Marketing and Communications, was wearing that day. Women’s jumpsuits are a Band standard, but this one – so cinched at the waist and ankles – strikes exactly the right chord between dead simple and oh-so-sexy. As for the degrade jean jacket that Scott was wearing? It’s fade is the first thing one might notice, but look closer: it has rivets that say Rivet and buttons that say Button, which is very cute, but also very clever. And, very Band. Here, Scott explains why…

What interests you, as a designer, about denim?

Well, we’re not a denim brand, so I’m always just thinking of it very much through the filter of Band, which is future-prep and humor. And also what we do, which is very denim, is some Americana of some sort. So if it’s going to be a basic five-pocket, then it has rivets that say Rivet, buttons that say Button – just calling out the most basic elements of denim. I often say that we make preppy clothes about preppy clothes, so it’s sort of like denim about denim. The prefall jumpsuit that Nicole is wearing gave me this very 80s, The Last Days of Disco vibe – sort of what that girl would be wearing on the weekend. But I’m always trying to rework it a bit. Especially with women’s. It’s less about a perfectly fitting five-pocket, because there are plenty of people that do that quite well, and it’s more about denim as a fabric that can be draped or pleated or tucked in all different ways. 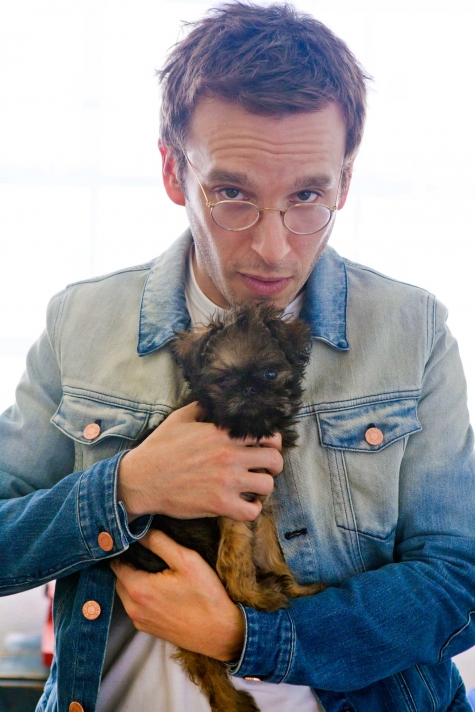 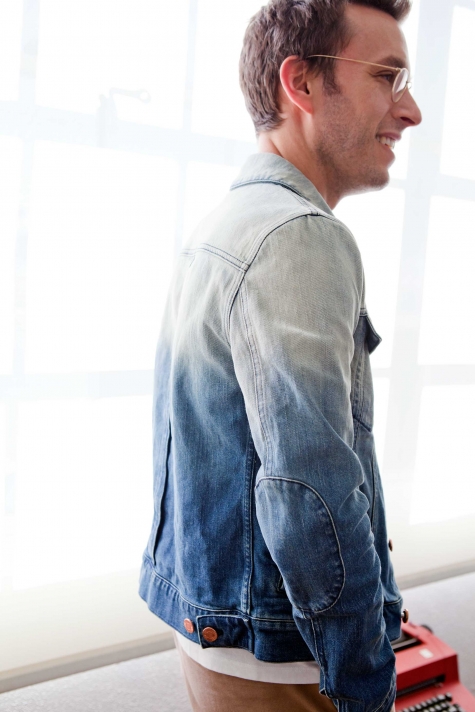 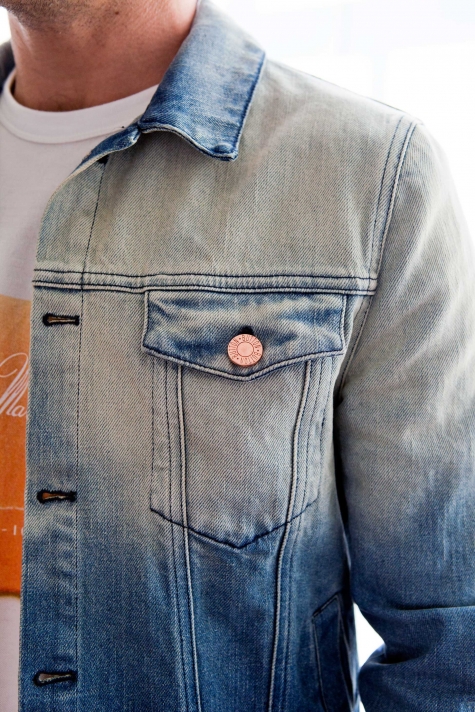 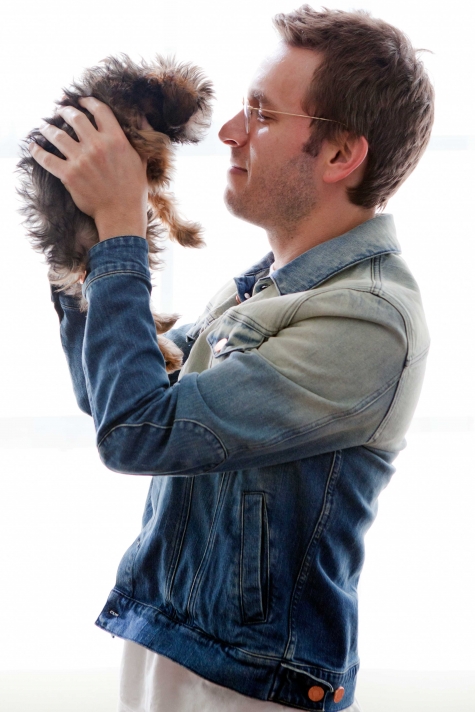 So the jeans that you wear… What are you looking for?

I’m a big tint and color stickler. There’s a pair of Lee jeans from like 1982 that’s always in my head. Not for silhouette, but for that greenish-blue perfect fade – almost like someone took a polaroid of a pair of jeans and that’s how the blue turned out. When I’m buying jeans or making jeans, it’s that color: off-in-the-best-way blue. Something that feels vintage but super new at the same time.

And then fit. I’m not a skinny-jean person necessarily, though I have that. I have a lot of jeans that are screw-ups that we made, and somehow that pair of jeans, two sizes too big and rolled up with a polo shirt in the summer, looks super cool to me. I wear a lot of jeans, and I wear a lot of chinos. But I only have two that are basics, and the rest of them are sort of off. I’ll happily experiment that way. Other than Band, though, I wore A.P.C. and Acne religiously for years. And that was it.

And do you take the breaking-in process seriously?

I don’t get too precious with them. The minute I have to worry about the wash cycle of a jean it’s over. I mean, that’s not the point. I don’t fetishize denim. It’s, I love it, as a designer, as a fabric… Even thinking about chambray, we always have chambray in the collection. But I approach it the opposite way of that raw, never-wash-it vibe. I want to just heat it up and see what happens. It’s so not precious. 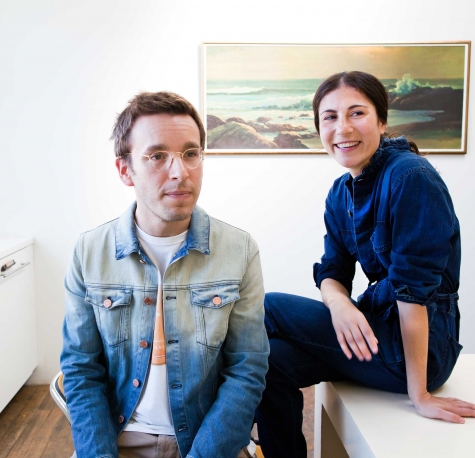 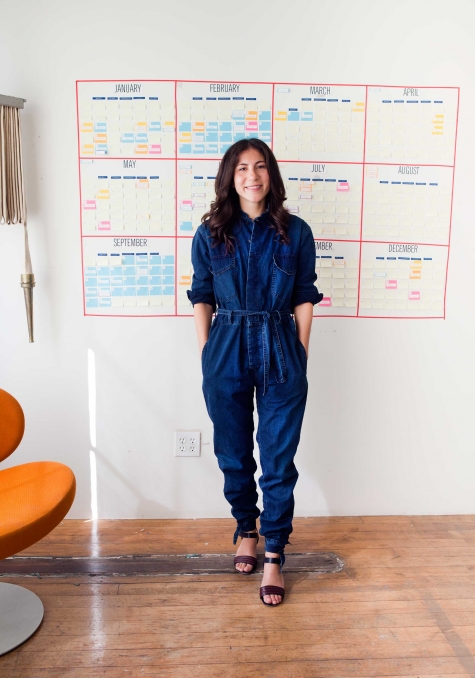 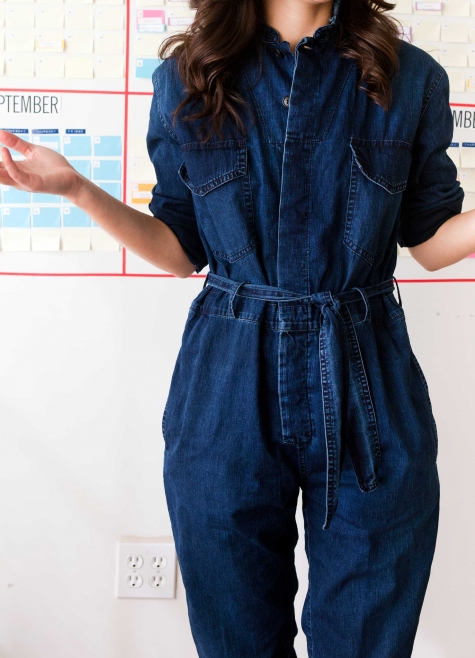 What’s the first word that comes to mind when you think about this jacket you’re wearing?

It’s so specific to me, but I think about the Chateau Marmont.

This jacket is from the spring ’14 collection, and we showed this collection at a conceptual fashion show that took place in Room 29 of the Chateau, which is where Jim Morrison famously shacked up. And many other musicians in the 60s and 70s stayed there. The idea of a rock star living in hotels inspired the collection, and so to present it we got Devendra Banhart to be in the room on a live feed for 13 hours while he went through 12 stages – that I created – of what happens to a rock star when he’s trapped in a room for 36 hours. And so he wore this jacket during that time.

If your jacket could talk what would it say about you?

I guess it would say, Wow he doesn’t really think about what he wears too much in the morning. I get dressed so fast, and I think my jacket would say, What’s wrong with him? Why doesn’t he care more about what he’s wearing?

I’m sure. There was, but there wasn’t. When I wasn’t a fashion designer, I just loved fashion. I had a really interesting sort of experience at stores because I am such an aesthete and shopper and I love objects and clothes. I would go into Maxfied or Ron Herman and there would be Saint Laurent jeans – it was Hedi [Slimane] and it was new and those jeans were amazing. They weren’t me. But I would see that jean or a Rick Owens jean, or something like that, and want it so badly because I wanted the object. I’d see certain things and they were just beautiful. I’d just want to have them. But I’m quite good at stopping myself – and these jeans weren’t something that needed to cross the line into my own style and expression. So a lot of things got away in that way. I wish I’d bought those YSL jeans. But they just weren’t right for me. That’s okay, because I would have looked like a tool in those jeans. I’d have all of the guys at Maxfield telling me I look so good, and I’m like, No, I don’t. [laughs]

I mean, I did not buy them this way, but it was an old pair of… I can’t remember the brand. There were holes in the knees and I just wore them forever, thinking that was cool. I look at myself in pictures now and it’s so disturbing. It just looks messy. The holes weren’t even at the knees.

White jeans, I’ve made white jeans. And I’ve always wanted to wear them. I wore them once, but it’s like when I wear shoes that are too bright, I become too aware of my body and I feel like I’m walking around like a clown. My comfort in my own body goes away when it’s too bright down here [gestures to his legs]. It just doesn’t work. I know my limits.

Was there ever a jean that you should have broken up with sooner than you did?

There was a black jean. What were they? It was around the sort of post-college, pre-who-the-hell-am-I? period…

This is hard. Everybody wears denim every day. I guess I can’t stop thinking about Robert Redford in the 70s. That chambray shirt in Three Days of the Condor is too good.