We’ve all heard it before: a collection is born because its designer can’t find anything out there that he or she likes. And I get it, I do. But sometimes you meet a designer and this story rings so true. Take the photographer and artist Max Snow: “I couldn’t find clothes I wanted to wear in stores. I just never accepted what was available.” And when you see him in the jeans he’s made for his line, Maxwell Snow, you can’t imagine him ever wearing anything else. These perfectly slimmed denims suit Max because they were literally made for him (he’s the fit model). But not so much that he’s the only guy they look good on, which Max’s right-hand man, Dusty Ansell, proved when Jane and I visited Max in his studio at Mana Contemporary in Jersey City. 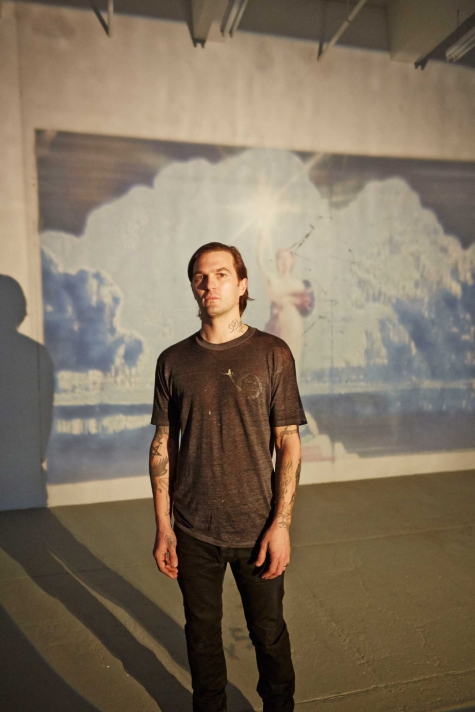 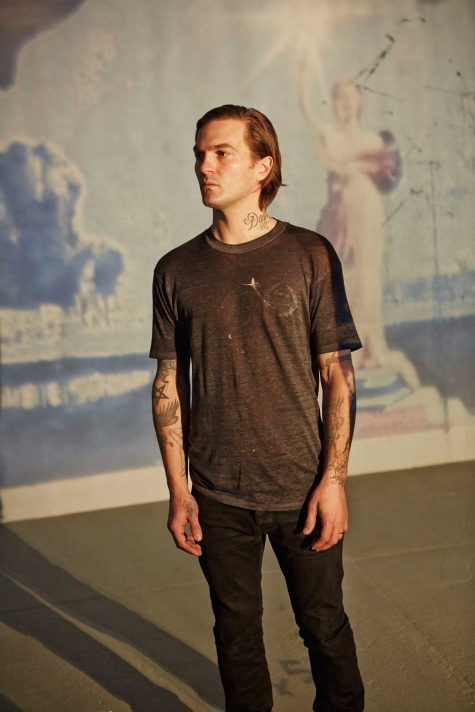 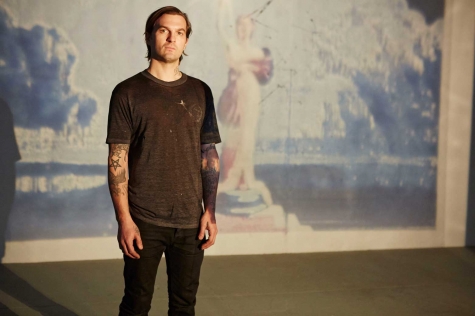 Max had just returned from L.A., where he’d had a show at the Richard Heller Gallery in Santa Monica. (You can see more of his works at the upcoming Spring/Break Art Show in New York, March 3-8.) We talked about his line, which isn’t just jeans – there are also button-up denim shirts (with vintage 1970s pearlized snaps because the ones they make today don’t cut it) that make him think of Paul Newman in Hud (swoon); simple tees with leather pockets; and roper boots.

Those boots have a good story: “I went to Puerto Vallarta when I was 16 or 17, and took off up the coast to a fishing town where we came across a rodeo where anyone could get on a bull. Drunk or not.” He didn’t ride, but he did find some boots. “I wore them to death. My mom kept trying to throw them out.” Max started having them shipped to him, and eventually for friends, too. Now, he has them made for his line in the same factory that did those originals. 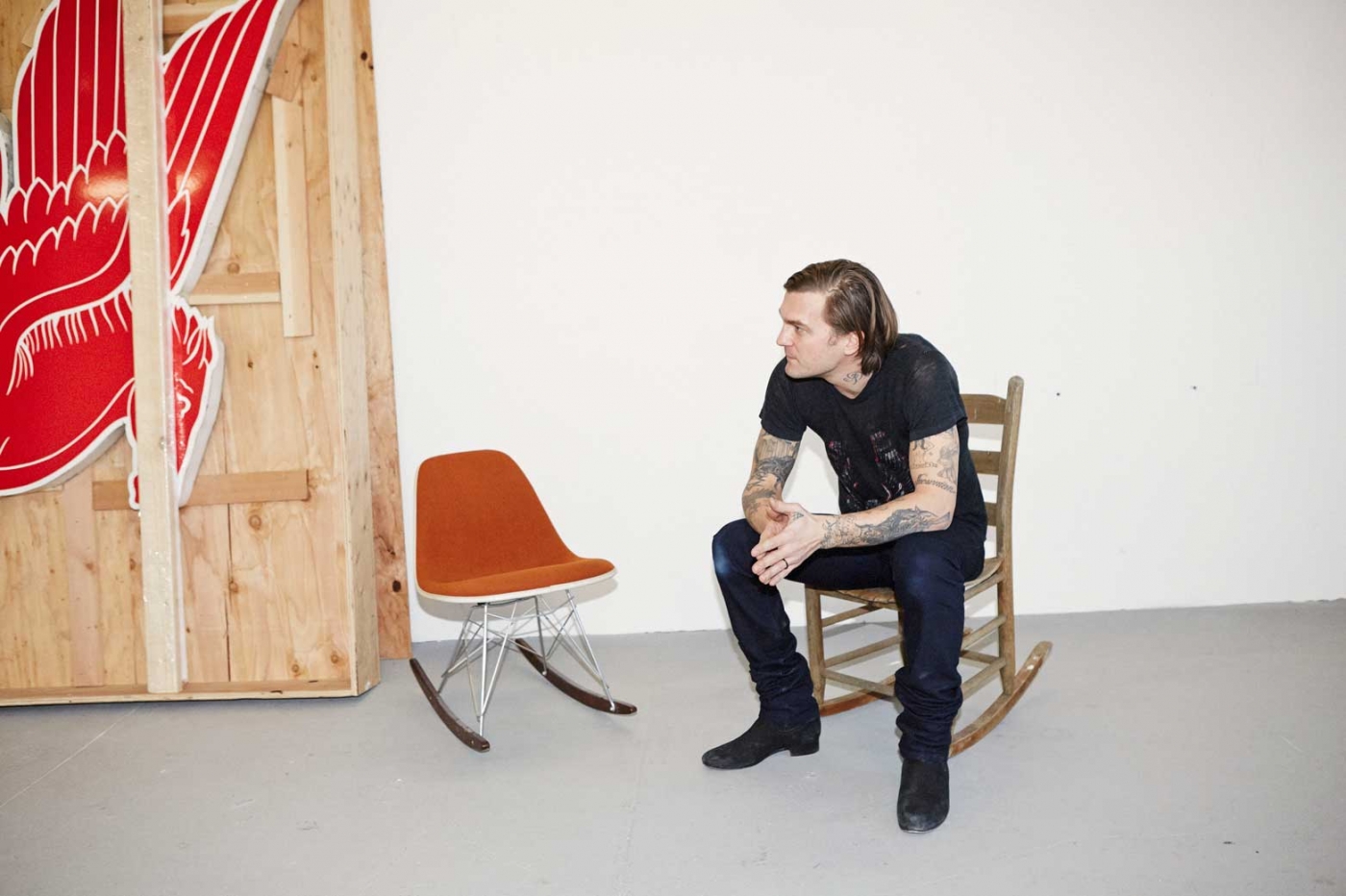 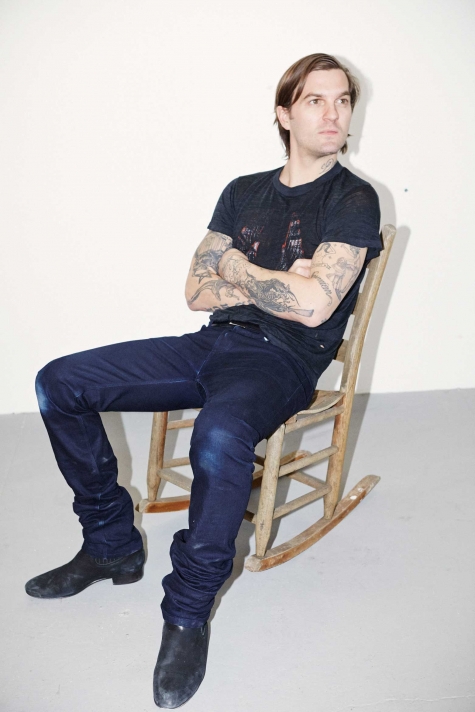 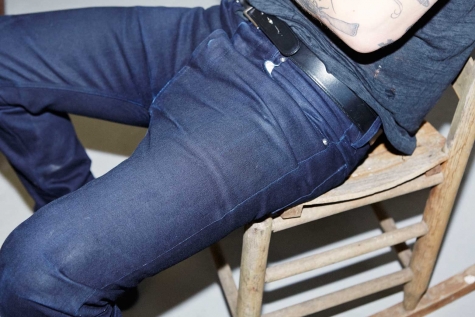 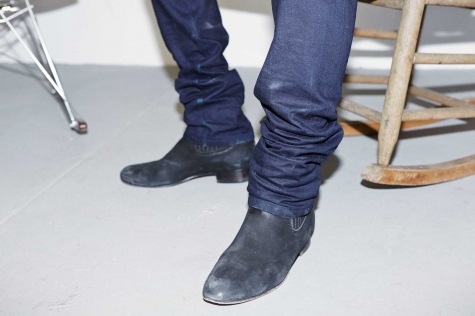 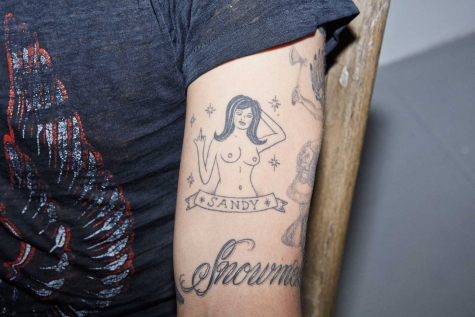 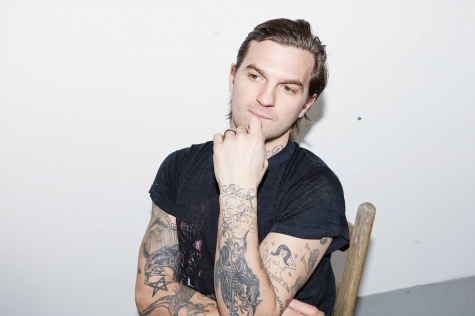 The denim Max uses is Japanese, and most of the pieces are made in New York. The tees, actually, would be really good on women, too (we’re picturing Max’s wife, Vanessa, in them for sure). “It’s really hard to find simple things that are well constructed,” Max said. “And simple doesn’t have to mean cheap. The line is basic; I’m not trying to do anything fancy.” Maybe not fancy, but there is a tech-y side to the line. His jean’s pockets are lined with a silvery material developed for NASA that protects from eletro-magnetic radiation. “I never like the idea of carrying my cell phone in my pocket. It can’t be good for you.” So there you go, guys…Max is looking out for you, in more ways than one. 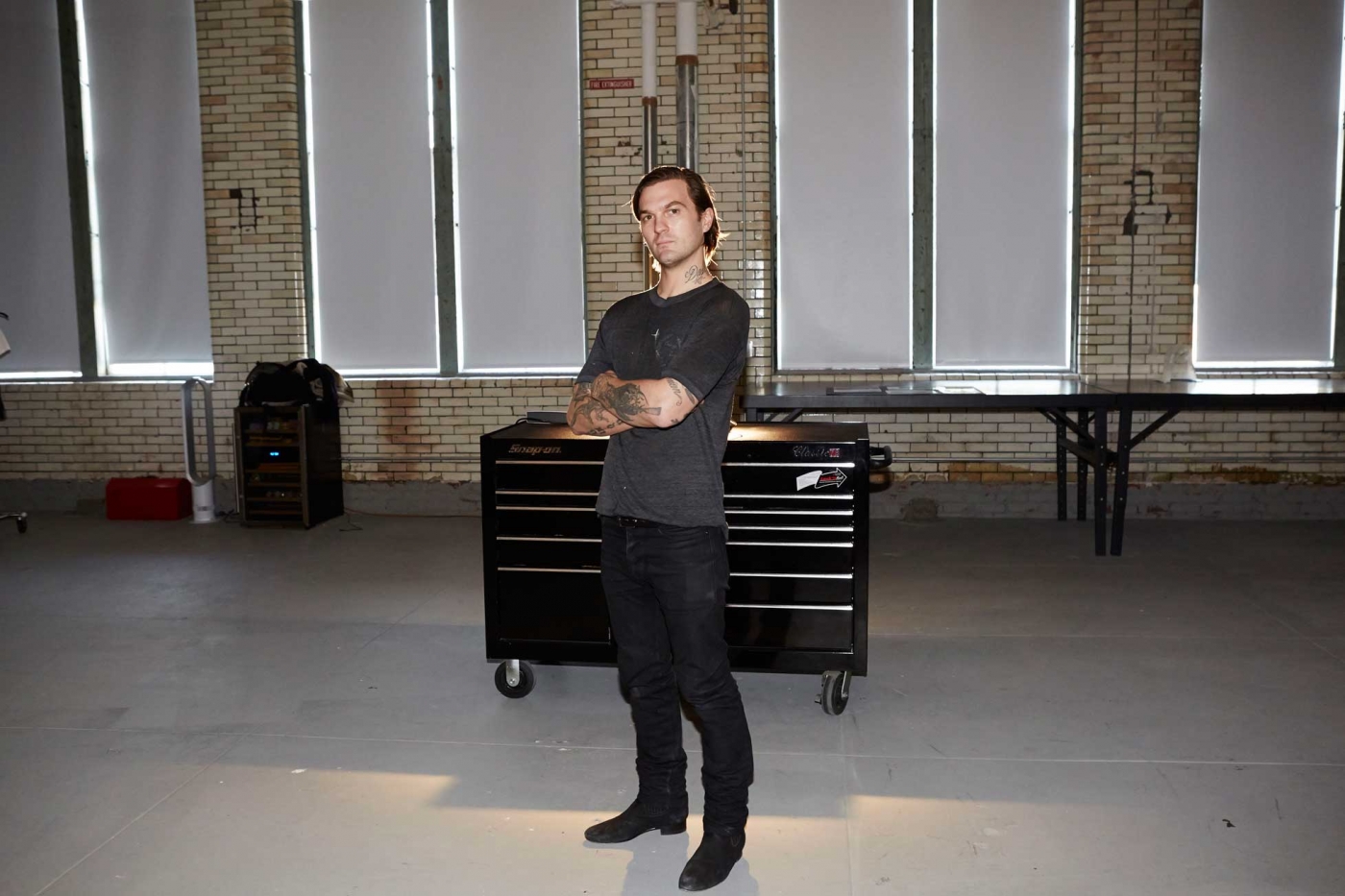 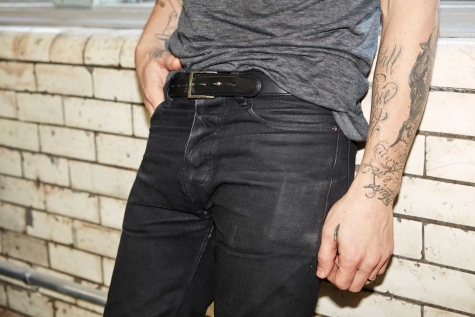 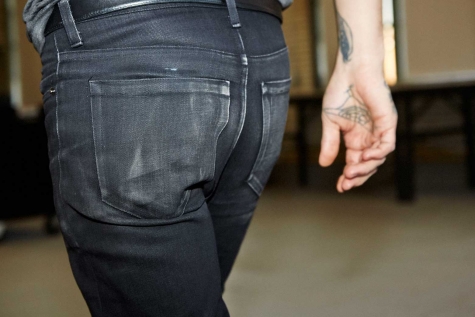