Don’t be fooled by the precious clothes and armies of town cars parked quietly in the background of all those click-friendly street style pics. Fashion week – sorry, month – is work. Hard, pavement-pounding work. And, for those who do all four cities on the circuit (New York, London, Milan, and Paris), it’s also a pretty decent schlep. Kevin Tachman, who shoots backstage and parties for Vogue.com during the women’s seasons, knows this – and needs jeans that a.) look sharp, b.) keep him comfortable, and c.) can take a bit of a beating. If he’s going to wear them to shoot Vogue Italia’s 50th Anniversary party at Piazza Castello, for example, where “it was super hot, crowded, and on three levels,” he told us jokingly (kinda), they really need to be stretchy, lightweight, and durable.

We’ve been talking with Kevin about the challenges of finding jeans that meet this criteria since we launched this site almost a year ago. He’s a friend, and he’s been doing this for a while now, taking some of the most beautiful backstage pictures ever, mostly while wearing Calvin Klein CK RCKR Kicks. “Alas, they are no longer available,” Kevin bemoaned. We made it our personal mission to help him find a replacement.

It was while working on a story with Nick Rendic, who designs the Levi’s Skateboarding Collection, that we had our Aha moment. Could high-performance jeans built with Cordura and T400 Lycra for guys who ride skateboards – and bounce, flip, and fall all over on a daily basis – be what Kevin needs? We ordered a pair of the 513 Slim Straights, and also a pair of 511 Slim Fits from the Commuter line (designed for those who ride bikes to work every day), and sent Kevin to wear them while he shot 75-plus fashion events in New York, London, Milan, and Paris this past SS15 show season. Here’s what went down… 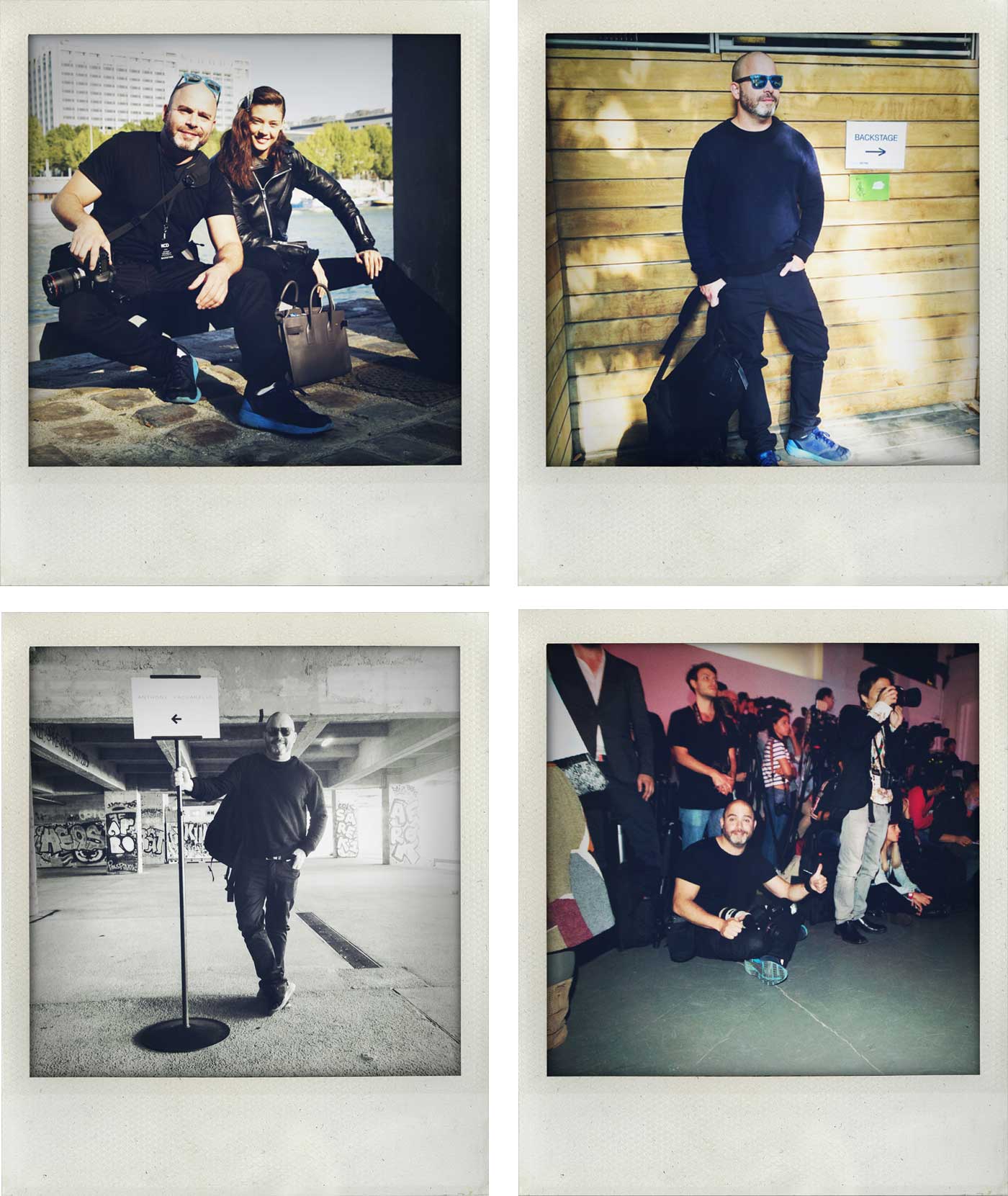 The Job: All-access at 75-plus shows and events in four cities in four countries over the course of one month. “I like to move around a lot, from rehearsals to backstage, front-of-house, photographers’ pit… I basically like to consider all my options and vantage points, and be able to move on a dime. And I need to have the flexibility to get in any spot to get the best shot,” he says.

The Uniform: “It’s typcially all black – Calvin Klein t-shirts, polos from Banana Republic, and a variety of black jeans. Black is easy. I’m not trying to be a fashioninsto by any stretch of the imagination, but I want to look as good as I can while withstanding the rigors of backstage.”

The Favorite: “The 511 Commuter. Because it’s black and better for comfort and flexibility and fit, for me.”

Pros: “They’re black, so I could wear them casually and professionally and feel appropriate. Also, I washed them already and the color didn’t fade. And they still fit the same. I do feel good in them. They haven’t loosened. I’d keep them in my all-black work uniform rotation, definitely. “

Con: “The heat thing. I wore them to shoot the Jean Paul Gaultier show. It was JPG’s last ready-to-wear collection, and it was at Le Grand Rex cinema, the biggest movie theater in Europe. The backstage had tons of stairs – dressing, makeup, and stage were all on separate levels – a ton of flights up and down. It was a billion degrees, and the Commuters didn’t take it so well. That said, Gaultier backstage is always a billion degrees.”

Most Memorable Moment: “It’s all a blur. But being part of the Chanel show was pretty cool. Some of the photographers got to be in the finale and play photo journalists shooting the ‘protest.’ I was one.”

Related, from the Spring 2015 show season:

The Last Look: Designers in Denim