Inspired by her grandfather’s uniform, the Los Angeles designer set out to make the perfect denim one-piece.

A few seasons ago, I was in New York holding sales appointments. My pal April Hughes who has the store Beautiful Dreamers walked through the door wearing the most beautiful vintage khaki tencel jumpsuit, and I was instantly taken back in time. She had a very Out-of-Africa vibration, but her look brought me to a different place. The time was the mid-80s, and the place was Aviston, Illinois, which is home to 250 people, two of which were my grandparents.

My grandfather, Andy Bruns, owned the filling station in this tiny town – Andy’s Mobile. He wore a uniform every day for work: Twill pants and a button down with ‘Andy’ stitched on one pocket and the mobile Pegasus embroidered on the other. But he’s also the first person I knew to wear a jumpsuit as a fashion statement. See, he retired when I was eleven years old; and in his retirement, he took to wearing handsome single-piece suits in his leisure time (which I suppose made them leisure suits, officially). He had a red one and a royal blue one, and I vaguely remember there being one in denim, too. I guess that wearing a uniform every day of your working life can determine how you feel comfortable dressing – even after you no longer go to the office!

Jesse’s grandfather, Andy Bruns, at the Mobile station he owned in Aviston, Illinois.

When I got back home from New York, I pulled out the pattern I had from a Flight Suit style I had done a few years prior; it had more of a silky, Lauren Hutton/Halston air about it. I removed its elastic waist band, switched out the safari epaulets, simplified the pockets, and picked a more utilitarian fabrication to cut it in. With that, the Jesse Kamm Jumpunit was born (for it is one unit, and it is good for jumping). I produced it in sandy linen and navy Japanese weathercloth for fall, and for SS15 I am doing it in a beautiful 6 oz. Japanese denim. The denim version is my all-time favorite. I wear it as much as I can get away with, which is often, as I am a uniform kind of gal.

To know me, is to know a woman who wears overalls five out of seven days a week. It is not about trend. It an exercise in utility. I have them all hanging on hooks in my closet – three pairs of bibs (two white, and one denim), and three jumpunits. When I get up, I put one on. The whole outfit is decided, and I can do everything, most importantly, my three main modes of operation: going to work, going to surf, and going crazy with my five-year-old son. (When I paddle out I wear a jumpsuit made of neoprene, even :).

I am into leisure. And it now occurs to me that I am into leisure suits!  My grandfather passed his height, his work ethic, and his love of head-to-toe dressing on to me. I have a lot to be thankful for. 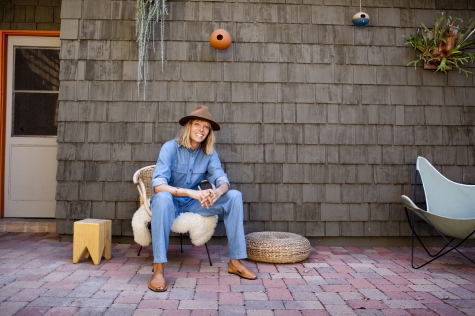 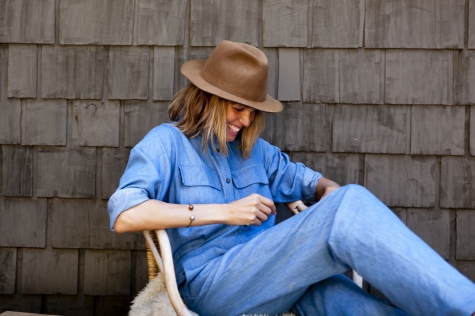 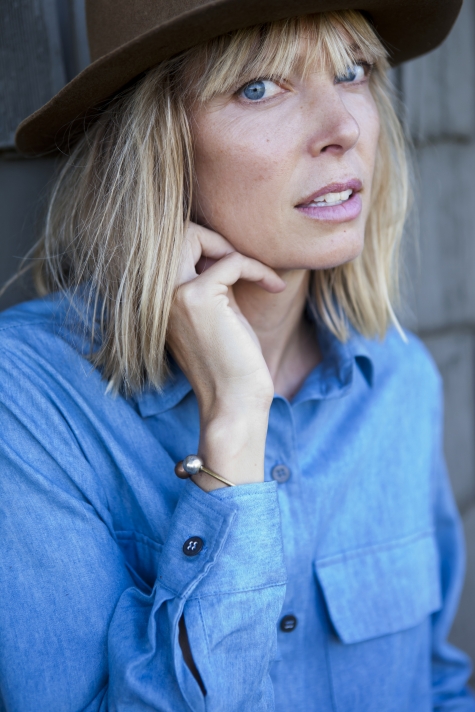 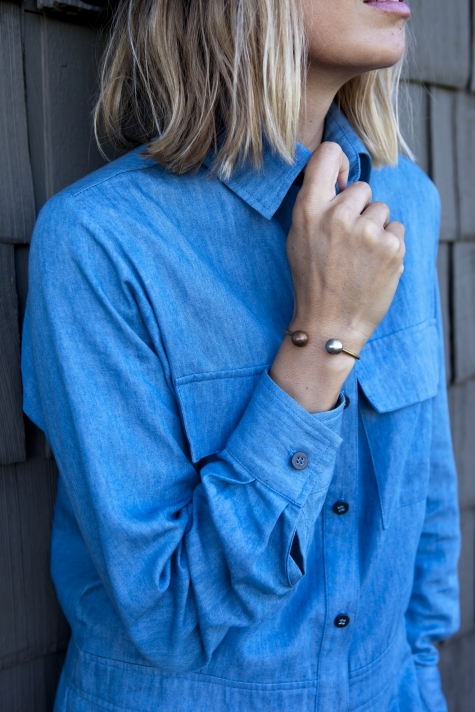 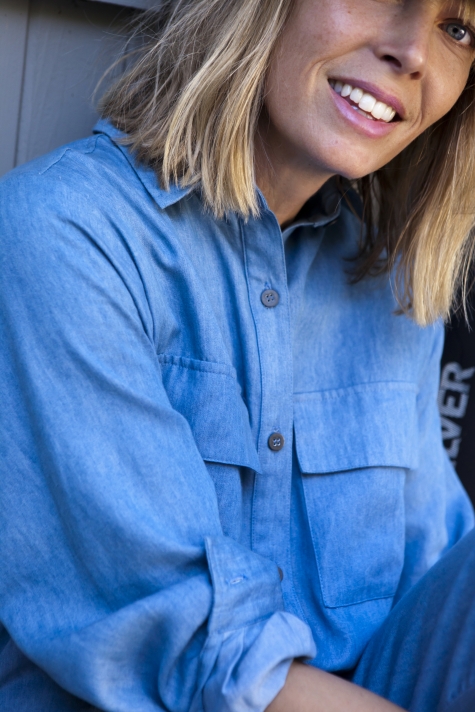 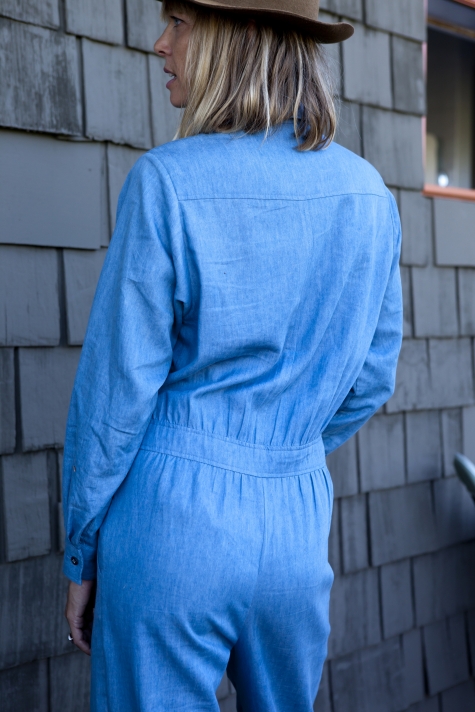 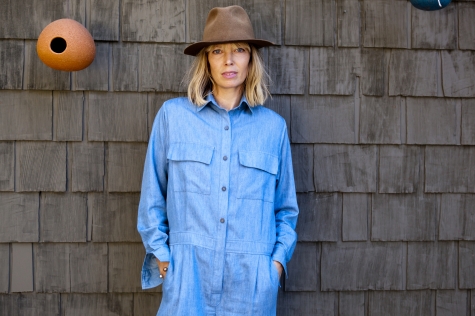 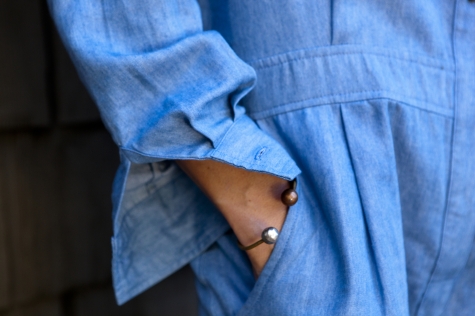