Everything in Shantell Martin’s world bears the thick black line of her favorite Krink pen. “The great thing about having a good pen is that you can do these drawings with them in five minutes,” she told us, pointing to walls of her studio. Well, maybe she can do those drawings in minutes. Everything that was on the walls of Shantell’s lower-Broadway studio for our shoot she drew in the hours before we arrived, which made the jeans she brought – a pair of superbaggy Levi’s purchased approximately 13 years ago – feel like ancient relics. Marked by the artist’s earlier drawing style, they revealed what’s changed for Shantell, as well as the things that have stayed the same (like her signature hairstyle, which she made reference to in writing on her jeans back then). It’d been a long time since she’d worn these Levi’s. Watching her slip them on, though, you’d never know it.

So, tell us about your jeans…

This is my very first pair of jeans I paid too much money for. They are Levi’s Reds. You know, you get your student loan money and then you go to Levi’s and you spend it on jeans. I bought these when I started at Central St. Martin’s in London and I wore them every single day through the whole university. Let’s have a look… I haven’t looked at these, they’ve just sort of been in my cupboard, for a long time. A lot of the drawings are so old that I don’t remember them. I remember drawing some of these things in Japan – I wore these in Japan, too – when I was sitting in a café. Here, it says, “my 27 left.” I used to be obsessed with the number 27; I would write that everywhere.

It’s the magic number. When you turn 27, that’s when you know what you’re going to do for the rest of your life. At least, it happened for me at 27.

What other memories do these jeans conjure?

They ripped in the back pocket and I was quite upset about it, so a friend got some wool and she sewed the pocket back together. When I got them back, I saw she’d put that little heart there, too. The “Misako,” I wrote – that was a friend of mine in Japan. And I also wrote “Don’t comb it” – I’ve always had a comb in my hair so that refers to that. 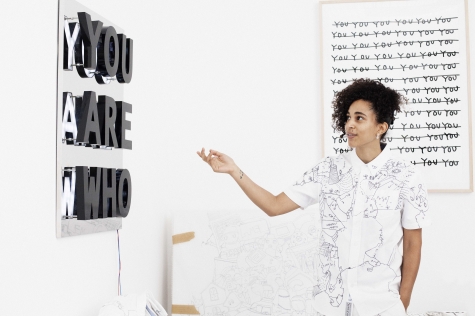 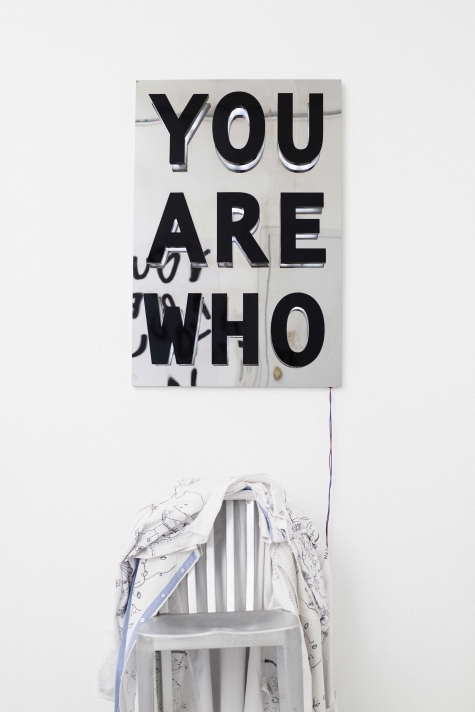 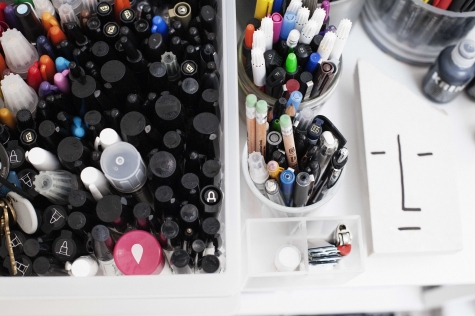 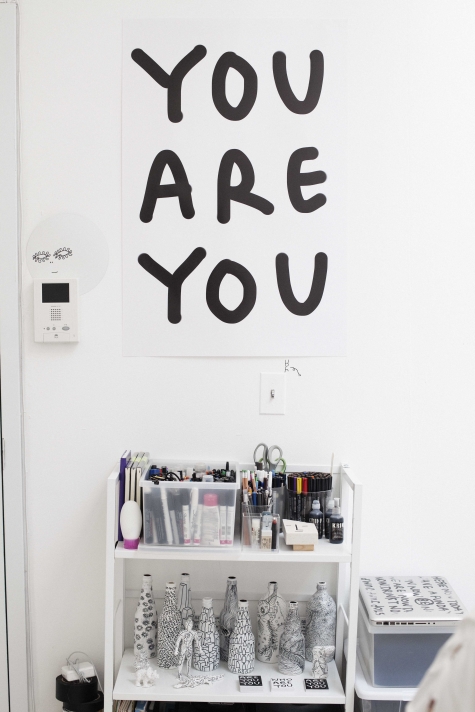 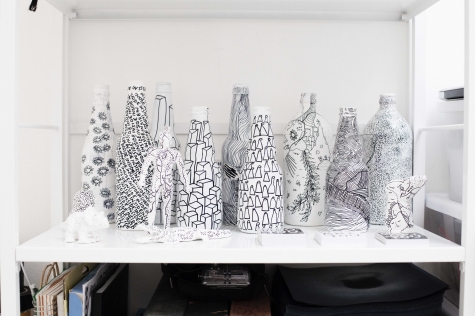 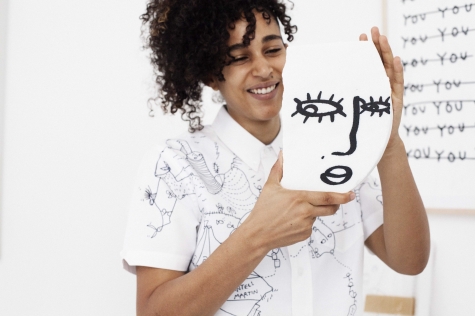 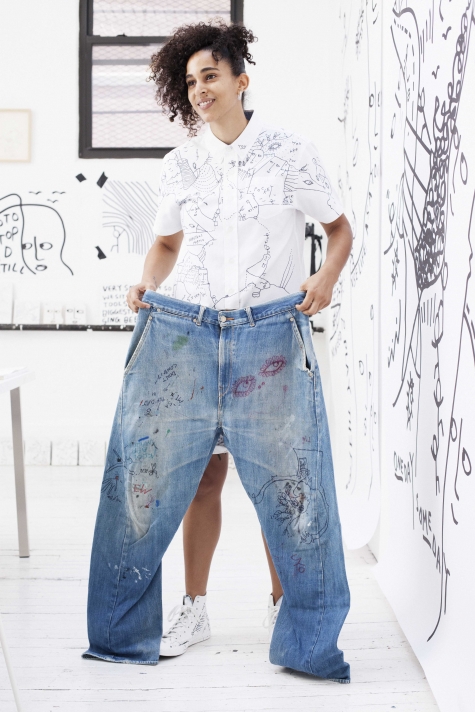 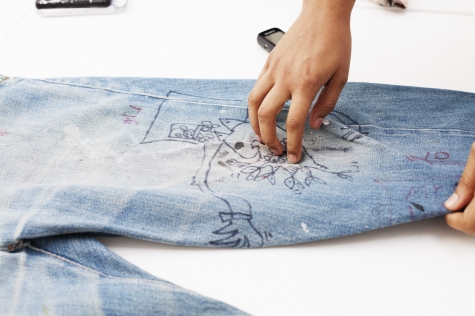 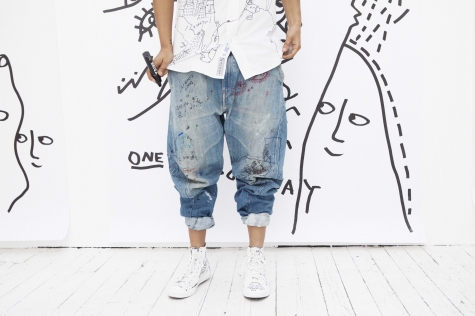 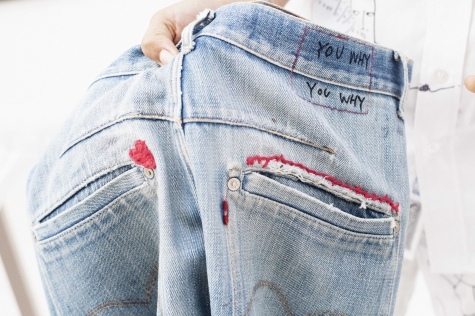 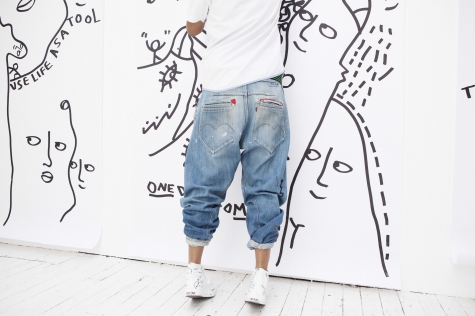 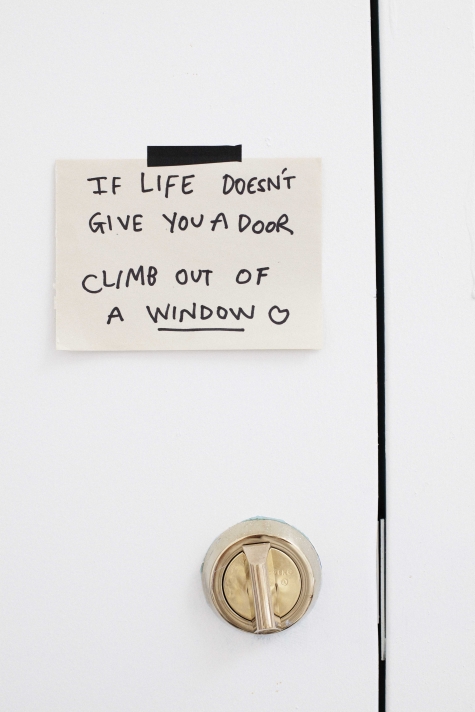 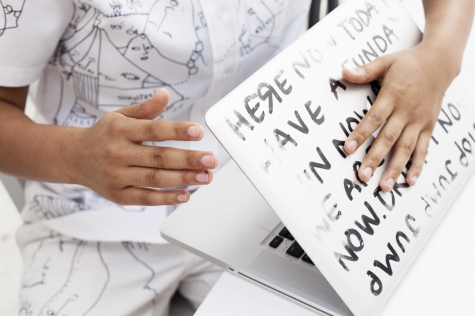 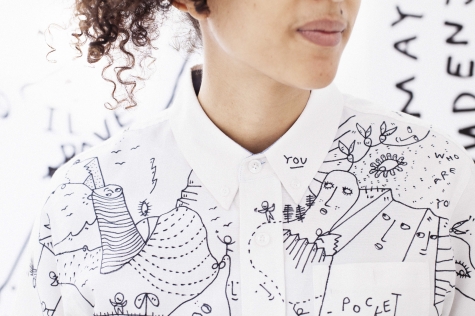 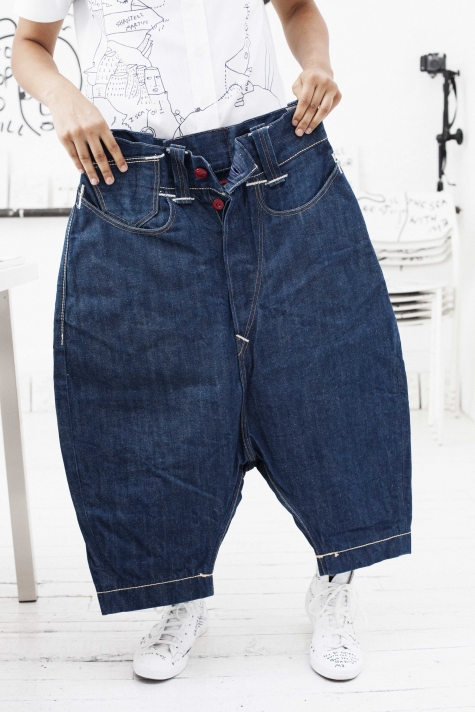 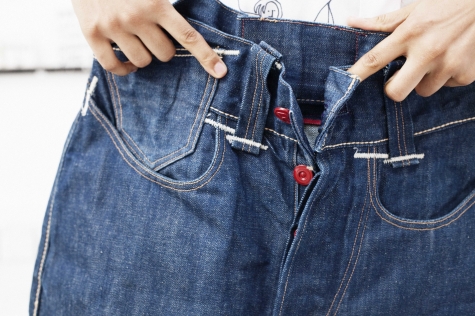 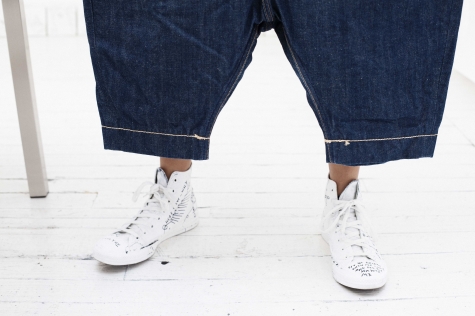 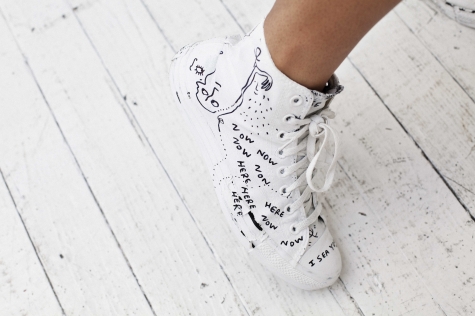 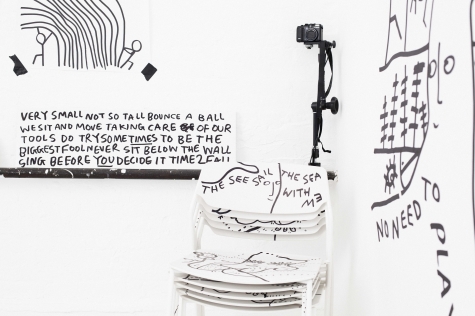 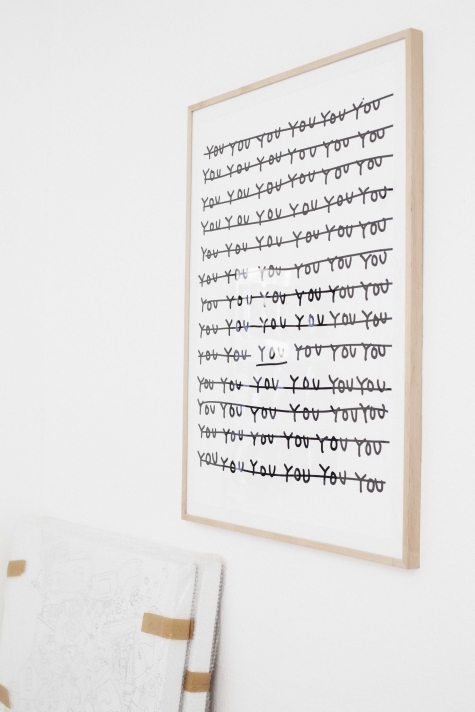 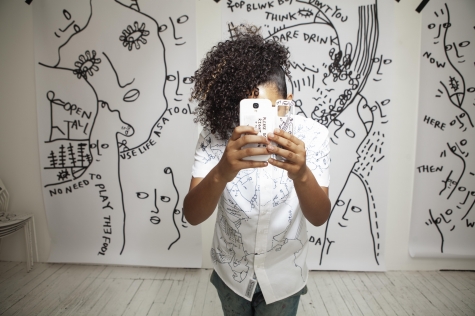 What were you doing in Japan?

I moved there to teach English after I finished St. Martin’s in 2003. I didn’t know what I was going to do with an art degree in London, and I didn’t want to get a crappy job, so I thought I’d do that. I found myself in the countryside at first, and that was too weird since I’m from the city. I didn’t last long. I quit and I moved to Tokyo and found a job teaching at an elementary school. Soon I made friends, and those friends liked the drawings that I was doing with a thin pen, and they played in a band. So they asked me to come and draw while they played. I was drawing so small, and so I suggested that we project my drawing on to a screen behind them. So we’d have the visual and the sound together, and there wouldn’t be a disconnect.

There’s just something really amazing about going to see crazy Japanese music and I was like, Wow, I wouldn’t want to listen to this. But what happens is that you zone out on it and you really get into it – and suddenly, by drawing along to it, it was like I was a performer, too. Then, at the end of an hour’s show, I’d wake up and come out of it. And the drawings look really different because the music that I was listening to was something I usually wouldn’t listen to.

That was my career doing visuals to avant-garde Japanese noise bands. And then I did visuals in clubs to techno music for years.

Why did you decide to come to New York?

After five years in Japan, I just thought I would try it. I came here for holiday, and like anyone who comes here for holiday it’s like, Oh I love this, I want to move here… And then you move here and it’s like, Oh crap. What did I just do? I left this career and this fanbase, and everyone here is an artist and they don’t care who you are unless they know who you are. I really struggled when I moved here. I lived on couches for a year. I thought that I would continue to do the visual jockey stuff here. But people weren’t ready for that. You know, New York has everything – that is, unless you move here from Tokyo. But if I hadn’t come to New York, I wouldn’t have ever thought about drawing on paper or objects or clothes, not if I had had the same digital jungle that I had in Tokyo to play with. But New York didn’t want that.

Tell us about your process. Where do the words come from? How do they form?

The drawing is like the writing, and the writing is like the drawing. It’s all very spontaneous. And it’s like when I put the pen on the paper the pen knows where it’s going before I do. I got really good at following the pen. So when I’m finished it feels like the work always existed and I’m just the tool that brings it to a place where we can see it.

Nothing is spared when it comes to your pen!

I draw on everything. If you’ve seen my bike or my bedroom it’s the same. A friend gave me a pair of black Converse last week and I was like, Thanks, black’s not really my color – but they’re free so I’ll take them. But I knew I wasn’t going to wear them. So I just painted them white and got really messy and then wrote on them. So it’s kind of nice actually because the white paint is coming off of the rubber, which I like. I made them maybe a week ago. But the nice thing is if they get dirty I’ll just paint over them and draw on them again.