It isn’t easy getting Stella Ishii to talk about herself. Her job as the owner of The News showroom in New York is to sell and promote the work of other designers, which she does quietly and effectively – not with a hard push, but with gentler, more effective gestures. The News, a creaky loft with a wall of windows overlooking Broadway in Soho, is where some of New York’s biggest labels – Alexander Wang, 3.1 Phillip Lim, and The Row – got their starts. Why do so many promising young designers choose The News to represent them? Because Stella, a petite, shy Japanese woman who wears her hair really long and her clothes really baggy, is extremely good at keeping the conversation – all conversation – off herself and about her clients.

Imagine how excited were we, then, when she invited us to see her to talk about her life in jeans. Especially since she is now also the designer of a new denim-centric line called 6397 (N-E-W-S on a telephone keypad). This is a woman who’s seen some denim in her days (read below); whose uniform has always relied on it. To date, we’ve never seen Stella in anything but jeans and t-shirts. Maybe a v-neck or turtleneck sweater in the winter. But for as long as we’ve known her – close to a decade now – only one thing has remained more constant than her elusiveness, and that’s her enviably effortless look.

Can you remember when your love affair with denim began?

It probably really goes back to my school days and university days in Japan – a time in the late 60s and early 70s when there was a lot of change happening in the world and people were voicing their opinions. I was a little bit active in some of the political movements in Japan at the time. The way we dressed – and I don’t know why – but it was jeans for so many of us. It was about dressing anonymously, but it was also about dressing in a way that we didn’t have to worry about so much. It was like a uniform for me: jeans and a turtleneck sweater. I still wear that…and it really comes from that time. If you look in the 6397 Resort lookbook, there’s that look, exactly. With the Converse sneakers, too.

You were an activist? What were you fighting for?

You know, it was such a long time ago and some things are better left as memories. Let’s say it had something to do with the Vietnam War and the repercussions of that decision worldwide. Growing up in Japan, a country of many traditions and cultural restrictions, I did my share of rebelling big time against what was expected of me as a woman –  less in the sense of joining a particular movement but more as part of my personal journey.

That takes us to your latest journey: your new line of jeans…

When I started designing 6397, I really started going back into my personal collection and looking at my old jeans again. It’s full of things that are really close to me. For example, this is the twisted seam jean I’m wearing. You know when Levi’s Red Tab came out they had this really great twisted pant, but it was just for the boys. So I got a pair and loved them, but I couldn’t alter them to really fit me because they had a zipper at the bottom. I just got the smallest size. That’s what this jean was based on.

The twisted seam is an affectation of what actually happens to your jeans when you wear them so much – the side seams will twist to the front. It’s not easy to make in a way that looks right on girls. This jean is really for someone who likes the way that it fits, it’s never going to be perfect fit, or something that fits like a glove. This part in the back will always sort of stick out, and this part in the front around the rise will always be a little loose.

Before opening your own showroom, The News, you worked in-house doing press for some of the most ground-breaking designers: Rei Kawakubo at Comme des Garçons and Martin Margiela. How did you get there?

I never thought I would be working in fashion – never. A friend told me that Comme des Garçons was looking for someone who spoke English, which I grew up speaking, and I was looking for a job. That was how I met Rei. And she was so not the idea of what I imagined a fashion designer to be. I always thought they were more dressed and more superficial. I had this idea that it was about only surface beauty and clothing. I think a lot people feel that way about fashion, until you get into it. And Rei was so direct and the way she dressed – she was a real rebel. She’d wear this gigantic motorcycle jacket, and she’s tiny. Her hair, her cropped pants, and motorcycle boots. She and her assistant interviewed me and I just thought, “Wow, these women, they’re so strong and tough. They’re really cool.” But she was such a special person. Not that she talked a lot. I mean, she didn’t say too much,  but you could feel that there was something strong about her. And she had such a vision and she didn’t even talk about that vision. But you just knew that what she was doing was the beginning of something. She was trying to change the way that people look at clothes, and she was so genuine that I just got more and more into it.

I worked with some of the best and they are still my favorite brands. I was exposed to a lot of fashion and design, and I wore a lot of it, but always in my own way. I couldn’t wear jeans and a turtleneck to Comme des Garçons everyday, but somehow I was always trying to keep that same spirit. When I started there I thought I didn’t have the right clothes. In Japan they had this really popular department store called 0101, and you could buy clothes there and  pay them off over time. You know, Japan wasn’t so much of a credit card society. You still paid for everything in cash in those days. I bought two outfits that were Comme des Garçons at 0101 and I think I paid for them in like 24 months, or something. They were expensive, those two outfits, and it was more money than I’d ever spent. It was two pairs of pants and a jacket, kind of like a Mao jacket, but in this washed wool. And then this other jacket that I bought was another navy jacket. And I wore it all a lot. Eventually I wore them through, I think. Or else I donated them.

I worked with Martin doing sales and PR for the U.S. and Canada from the mid-90s, until the majority of the company was bought by Diesel in 2002.

Martin used to come to the CDG shows when he was working for Gaultier, before he started his line. I remember I saw his first show. At that time I was working at Comme des Garçons in Paris. I was able to get an invitation to his show because I was friendly with his then-partner, Jenny Meirens. Jenny I met when she opened a CDG franchise store in Brussels. Years later, she joined up with Martin and they started the Margiela brand. She thought he was so talented, so she invited me to his first fashion show, and it just blew me away right from the beginning. All of the girls were wearing those shoes – the same ones, with the defined big toe – and they had these masks. How do you describe his clothes? I mean, it’s a lot of fashion, but there’s a functionality aspect to it. What blew me away was that it was like, wow, that is how I really want to dress. It was stunning. You could see it, how you could wear it. Everything was wearable, but very dramatic at the same time.

Martin Margiela designed some amazing denim pieces during his years at the helm of his namesake company. What did you learn from him about denim?

I don’t consciously think of it; it must be there somewhere because I responded so strongly to the way he approached denim. I don’t think I learned anything I didn’t already know about denim from Martin, but I saw how elegant he could make a vintage denim jacket or skirt look. He’d take something so utilitarian and workwear-oriented, and elevate it. In Martin’s atelier, the designers actually used vintage garments, and then he would make them new. He didn’t antique the denim himself – he liked the naturally aged look – so he would use old jeans, and maybe enhance them. None of his denim ever went through a process of washing or any of the things that we do to make our jeans look old and worn. It was never laundered.

Martin loved denim. He himself dressed in a uniform, always the same thing: He wore jeans. Levi’s, I think, and always a black t-shirt – a simple, short-sleeved crewneck. Or, when it was cold, he would wear a black sweater or turtleneck. I don’t think I’ve ever seen him wear anything else. And a knit cap, he’d wear a knit cap. Or, he would have a Greek sailors hat. He’d often wear one of those. The fact that he always wore jeans, though, was something. His uniform could have been anything else – chinos – but it was jeans that he identified with.

No one at Jean Stories has ever met him, so we’ll take your word for it!

He’s a very low key, very gentle person, so that whole thing about him wanting to be very anonymous is very much how he was. He always wanted it to be about the clothes. It wasn’t about wanting to create a mystery of any kind. I think it was very authentic, that’s just how it was. Then I think it just kept rolling to the point where people thought it was his way of creating hype, but it wasn’t that at all. I just don’t think he was comfortable being photographed. 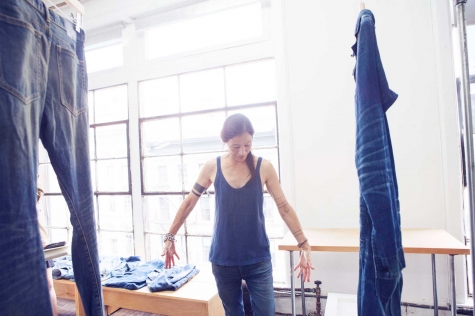 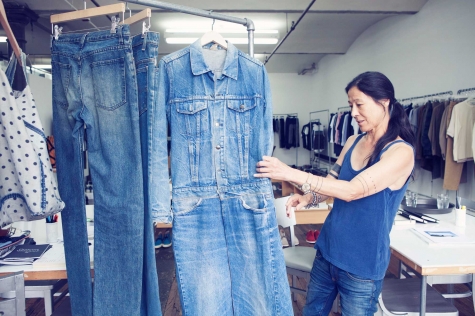 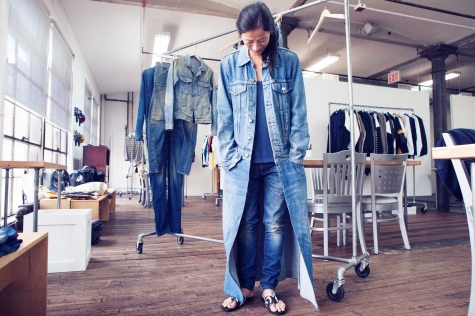 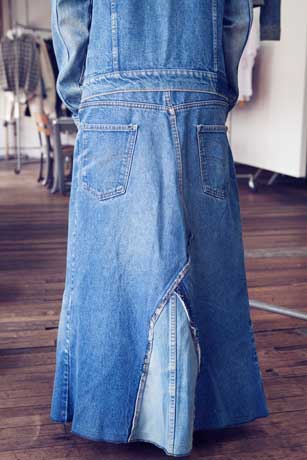 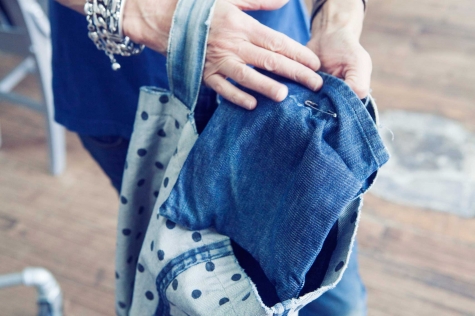 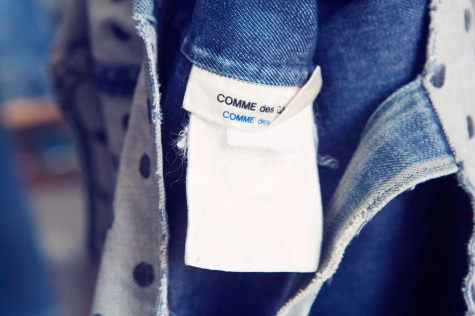 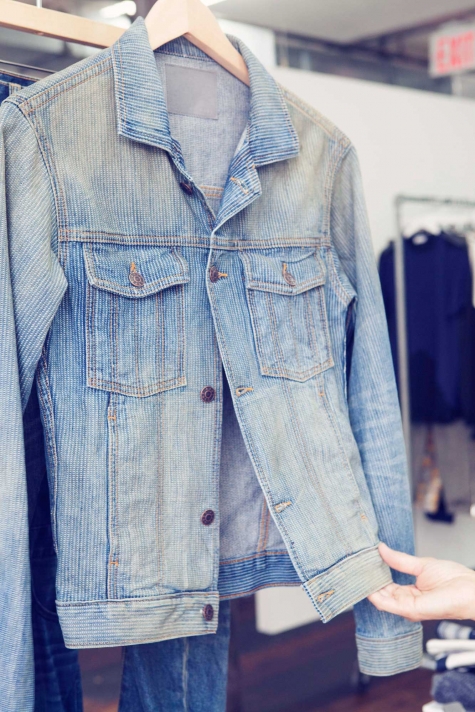 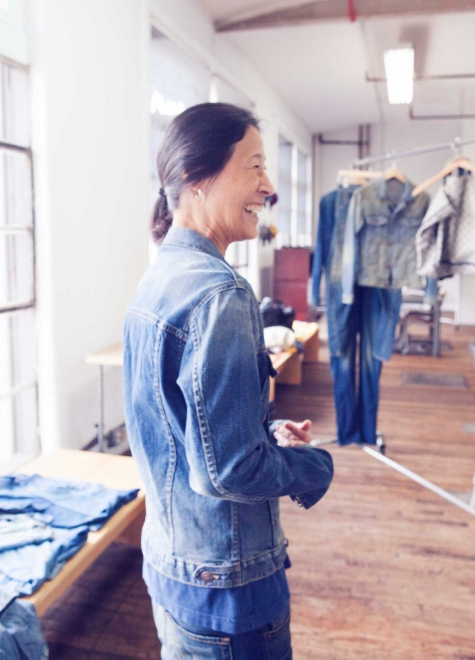 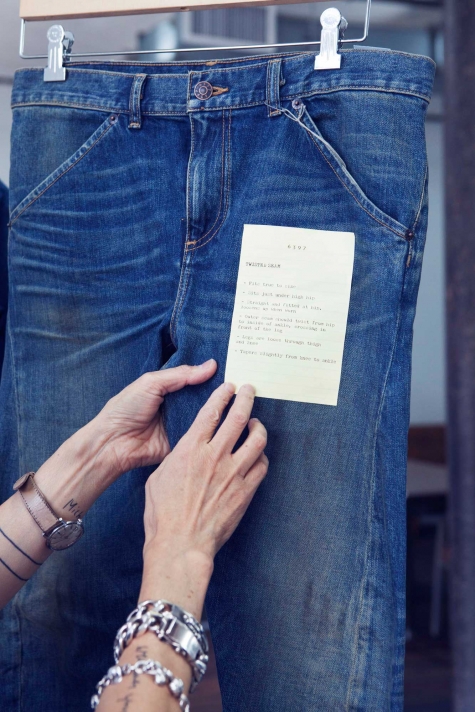 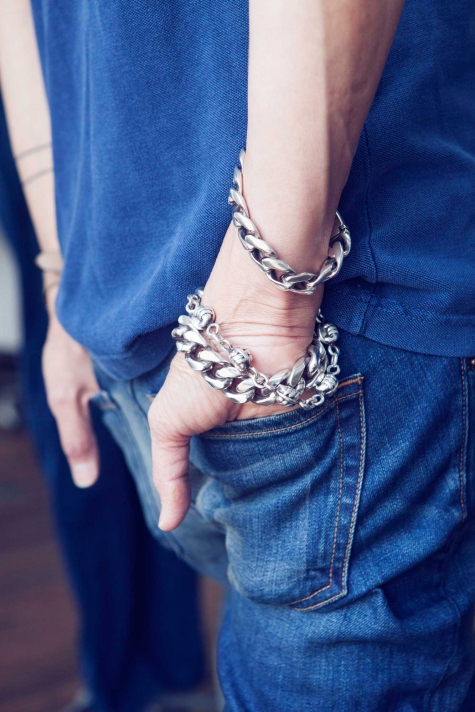 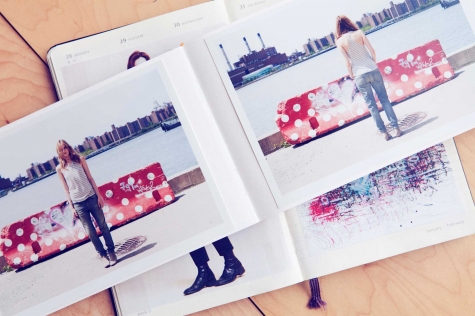 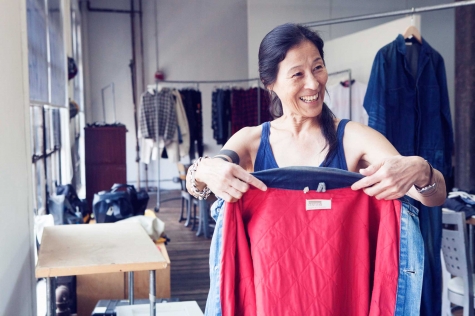 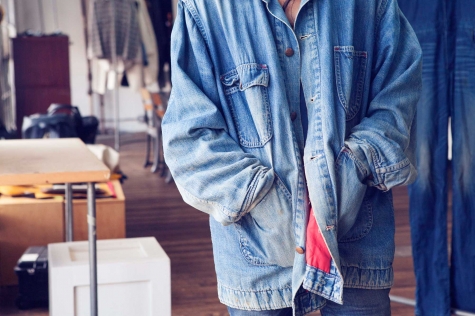 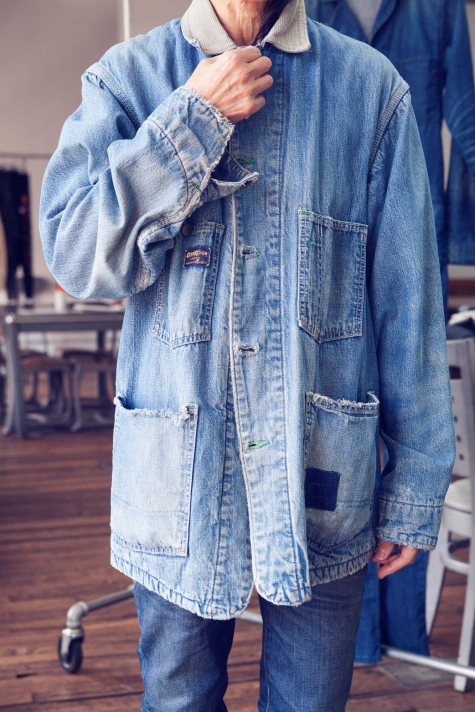 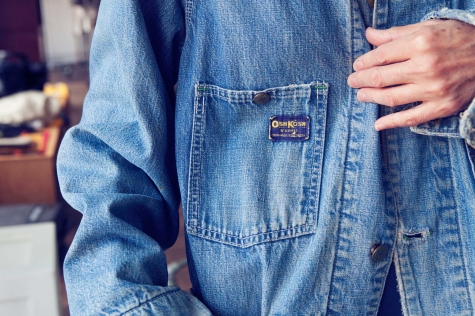 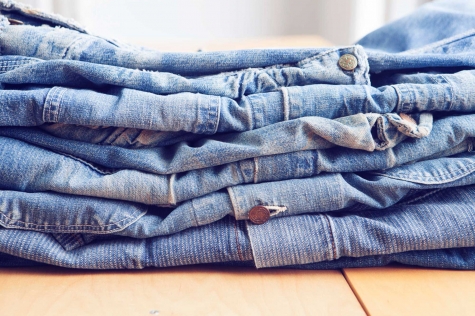 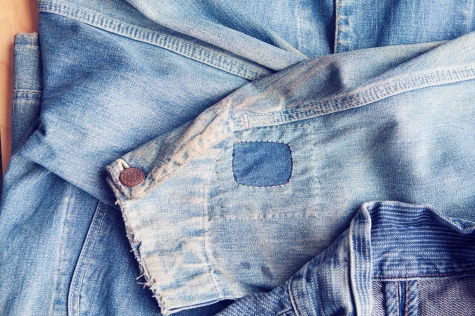 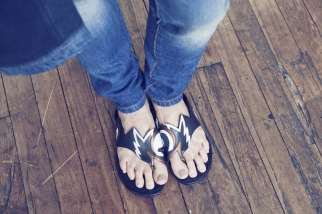 What do you like to see in a pair of jeans?

I usually like pretty straightforward denim. I don’t think it’s too interesting when people wear denim too tight. The beauty of denim is in the wrinkles, and that it slouches, and that it bags and it doesn’t need to recover. With all of the stretch and everything now, there’s too much recovery. What I like is denim that feels like it’s been worn, and it’s really just a base, and then you wear what you wear on top. Your shoes really change the look. Shoes make it look great on that person, and different on another person.

Denim, I mean, it just ages so well. I guess because it was really meant for workwear. It’s sturdy and it changes and it brings on this character of the person who wears it. The first year you’re wearing it it’s one thing, and then the second year, it can take on a totally different character.