“I can tell you that I’ve worn jeans all my life,” says Nili Lotan, the New York designer who does so many essentials so extremely well – from classic white shirts, to luxurious cashmere sweaters, to military jackets and denim pants –  that it’s impossible to confine her strengths to a single category of fashion. And yet, after meeting Nili, who grew up on the beach in Israel and cut her teeth at Ralph Lauren, Liz Claiborne, and Nautica before launching her eponymous line in 2003, we felt certain that few people we’ve met thus far know as much as she does about the business – and back-scene – of jean-making…or feel a greater affinity for it. “I mean, denim is the most amazing fabric because the more you wear it the better it is,” she told us in the lab beneath her Tribeca showroom, where she makes all of the samples for her collection. “I can have anything I make in my closet, but at the end of the day I wear black t-shirt, white t-shirt, black shirt, white shirt…and jeans.”

In her line, Nili uses denim “in shapes that are non-jeans.” That means military pants, utility jackets, and cropped bottoms that push past the traditional 5-pocket. For spring, available now, she took inspiration from two favorite sources – army uniforms and bohemian beachwear. “My girl always has these two sides to her: one wants to look very clean and very feminine, and the other wants to look cool with her boyfriend pants, and her t-shirts, and her ripped jeans,” she said.

As for the jeans that Nili herself wears? They’re R13‘s low skinny style. “It’s not just the fit,” she explained when we asked her what she loves about the pair she chose for our shoot. “A lot of people’s do fit well – and it’s something that’s hard to get – but this wash and this fabric are on the same level, and that’s what I can get into. I don’t wear anything that I didn’t design…except for these jeans.” And given her experience – evidenced by our interview below – we’d say that probably makes them pretty special.

You’ve been working with denim for so long. Can you remember a moment at which your ideas about it shifted drastically?

Well, before I worked for Ralph [Lauren], I’d buy my jeans at Ron Herman, and Barneys, and Henry Lehr. And I would buy whatever was at that moment. And when I went to Ralph, I was exposed to the world of vintage to a degree that made me not want to wear anything that was not vintage – to the point where even my jeans had to be vintage. It was amazing for me. I went to L.A., and there is a guy there, Christophe [Loiron] – he’s a vintage dealer; he has a store, Mr. Freedom. His target customers were the Japanese who would come and buy $600 pair of jeans. That was when I realized that jeans are like wine. There is no price to it; it could cost $300 and more…There were jeans that were $600 and $700, and people were buying them! And they were old! And I realized that there was meaning behind all of it – there was story behind the Red tab Levi’s and Orange tab Levi’s, and the Lee jeans…there is whole world of denim that is very meaningful and like a language to people who really understand it.

I used to go to Paris a lot, and there was this one store – I forget the name of it – where a guy was selling vintage. He had dead stock from Levi’s and he was telling everybody to sleep in them, wear them, put your cigarettes in the back pocket, never take them out. And that’s how you’d get your jeans to look cool. And he was wearing the most amazing jeans. He would tell you you had to wear them for two months or three months…don’t take them off; you put everything in the pocket, and that creates the character.

It was a switch for me – from buying jeans that would sit perfectly on your body, to buying denim because it was in the perfect wash and made of amazing fabric. Denim you’d have to work to make it look cool on you. So, it was not necessarily your size or your body shape, but you roll it here and roll it there. You’d work it until it looked right on you. But this $600 jean that I bought at Mr. Freedom, I would just never wear it today – it was so big and baggy. And it was my size, but sizes have changed. And I think it’s an age thing, too; when I was younger I would create a shape or fit on myself and drape my jeans, but now I’m being a bit more careful in how I dress. I wear jeans and I want them to look great. So I think the way I feel about denim and the jeans that I wear is mostly growing up and wanting things to fit differently because of my age. 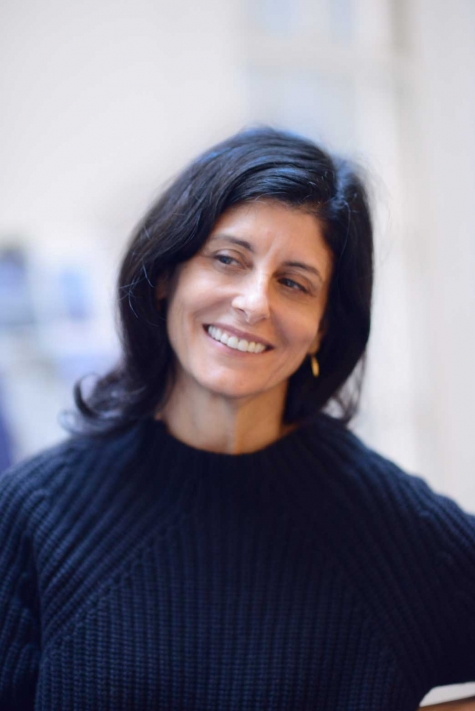 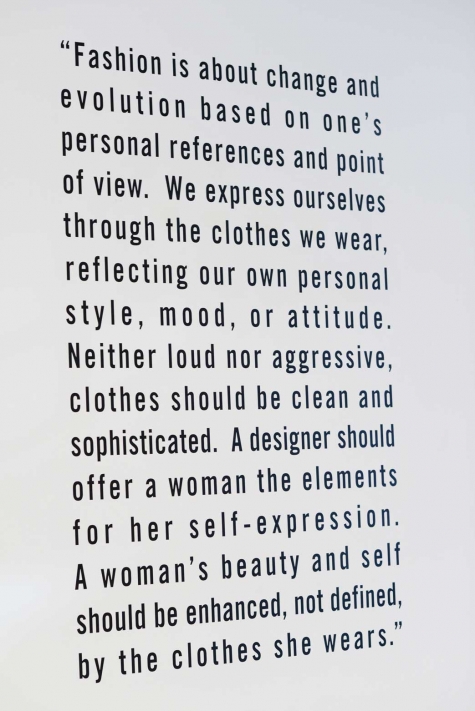 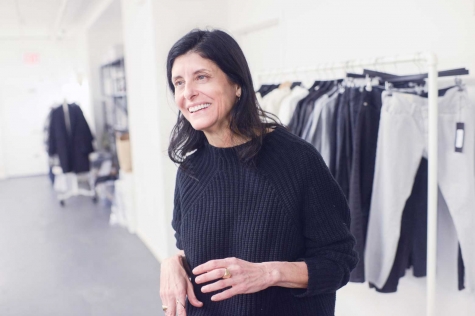 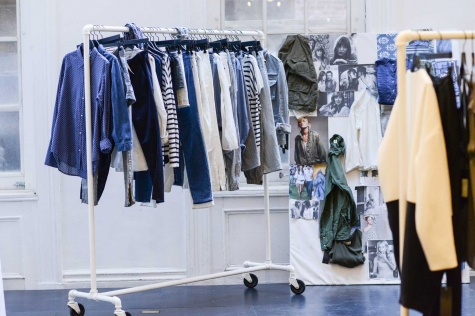 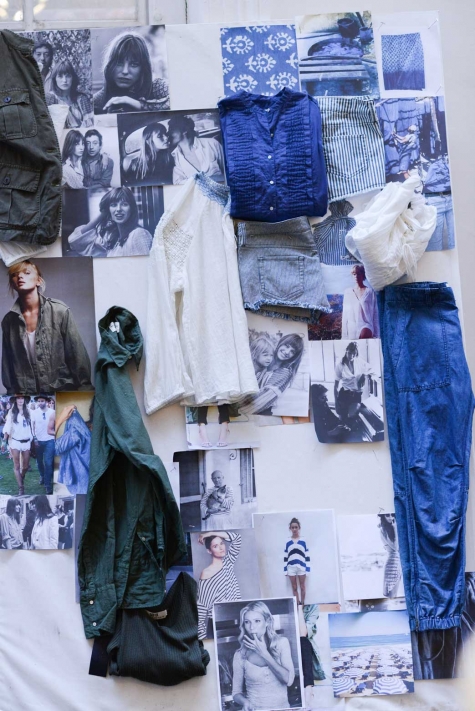 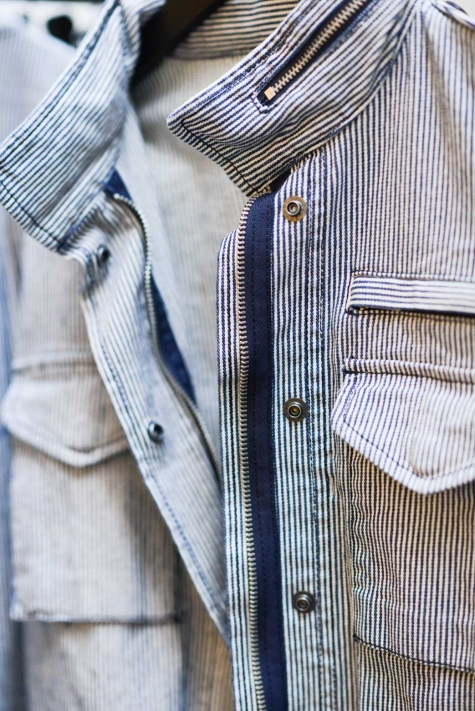 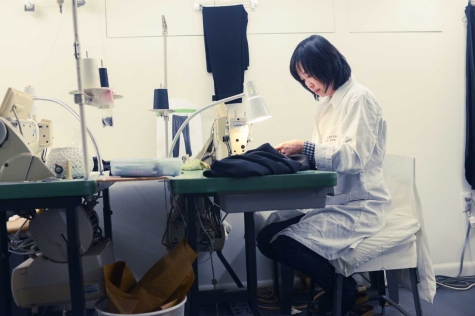 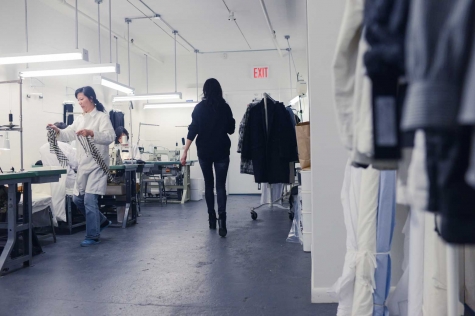 Are there any jeans from your past that you do wear still?

I have a funny story: I actually got kicked out of school for wearing jeans. We had uniforms – a blue shirt with an emblem of the school on the pocket, and blue jeans. That was it. But I was rebellious, and anything that was a rule I tried to break. And I had to have a jean jacket with the red Levi’s label. This was 1973, and there were no Levi’s in Israel. You couldn’t find them anywhere. The way I got exposed to all of these American icons – the Levi’s, the grey sweatshirt, the terry cloth – was because my dad was a developer and he sold real estate along the shore of where I lived to people who came from America, and to the French (but not Israelis, because they were very expensive apartments and most of the people who came in were foreigners who wanted a summer house on the beach). So I used to see all of these people come into my dad’s office wearing these cool clothes. And in Haifa, which is a northern city, there was a port. Sailors would come once a month, and they would make money by bringing Levi’s jeans from the States, and they’d sell them in the city for a lot. They would buy them for $20 and sell them for $200 in Tel Aviv. So I made my father go with me to Haifa. I was 16. We found a sailor, got a jacket, and I was the only girl in my entire town that had that Levi’s jacket. No one knew that it was a big deal, but it was different. Nobody had one. I went to school with it. I had to. And they kicked me out. It was so important for me to wear that jacket that I couldn’t care less that I would get kicked out. I knew that I would be kicked out, but I didn’t care. It fit me beautifully.

My other most favorite jacket of all time is a shrunken Lee jacket – it’s probably for a 12-year-old boy – that I bought in L.A. with Bob Melet, on one of our buying trips [when working for Ralph Lauren]. It wasn’t at Mr. Freedom, but from a girl who was selling things at home. And Bob said, This is a good one, get it. You will have a hard time finding another one like this. And I said, OK. It’s the cutest jacket. I still wear it, and I let my daughter wear it, too. It’s the cutest little thing. The sleeves are short, and actually, the jacket in my spring collection, the blue one that’s over-dyed, garment dyed, is based on that. That is the body. It has a kick in the back and it’s low in the front and so you wear it really tight. Baggy on the bottom and shrunken on top. I still own that jacket – it’s in my closet – but my daughter can have it anytime she wants it.